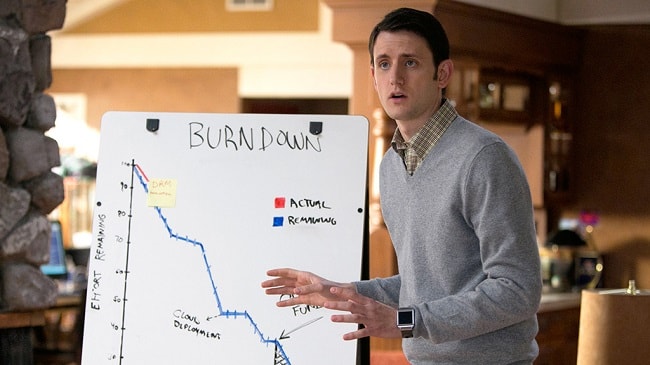 You will ignore Jared’s advice at your own peril.

We have already established the impending doom of an approaching harsh economic winter. But winters can be survived if one takes the necessary precautions.

Often enough this involves taking common sense approaches such as buying and wearing a jacket or jersey, wearing mittens or gloves, wearing a scarf, wearing a hat and ear warmers, obtaining extra blankets, heating your house and staying indoors.

Likewise, this current worsening economic situation can easily be survived by those who are best prepared for it. The rest are going to disappear like swallows during winter time.

Take a Business course or acquaint yourself with business principles

A lot of you have probably watched at least one of the seasons of the comedy Silicon Valley by now. If you haven’t you most certainly should watch it. Now! In the series Jared, the only Pied Piper guy with the MBA and no geeky qualification is the most maligned character in the series.

His often prophetic announcements and advice is routinely ignored as people focus on the technical aspects of the business. So ignored is he that people do not even know his name; which is not even Jared.

Most startups, Zimbabwean startups being no exception, fail because the founders and members of these startups get so hung up on the technical aspects of their projects and products they ignore everything else. They don’t follow the best business practices, they don’t market the product well or violate one of the millions of business tenets that result in them failing in the end.

It does not matter how good your code is or how awesome it is. While these things are undoubtedly important, life is full of stories of how the best products failed to compete against technically inferior products for one reason or another. The famous Video Format  and the High Definition Disc Format wars come to mind. In both cases, the businesses that won did so because of their business acumen and not because of their product’s technical superiority.

If technical superiority was everything people would be using Linux machines everywhere. If anything, Google’s successful pushing of Android has proved that there is nothing really wrong with Linux itself.

We would be using the ogg vorbis format for our music and people would not be fretting about defragmenting their Hard Drives by using the Ext format.

There is nothing technically wrong about the above products that would explain why they are not as popular as their competing alternatives. It’s just that the competition was just smarter, marketed their products well, followed the best business practices and leveraged their business connections to make sure they rose to the top. Something the “losing” technologies either failed to do or did not do so well.

It is important to reiterate this: hard economic times require you to be astute when it comes to running your business. Having the necessary business skills might be the difference between you meeting your demise and survival as well as success.

If you are one of those fools that believe that all you need to run a successful startup is to be a good coder, it is high time you quit being stubborn and look at the facts. While everyone is talking about how Larry and Sergey are great business people you should know they would be code monkeys at some tech company right now where it not for the help they got from business experts such as Eric Schmidt.

People talk of Zuckerberg as if he alone built Facebook, but you should know he owes his success to Sean Parker without whom there would be no Facebook to talk about.

While these people are often ignored in conversations about these companies in much the same way as no one in Silicon Valley pays no heed to Donald “Jared” Dunn they were and are critical components of these entities’ success strategy.

You need to either get your own Jared or at least enroll for a short business course at a reputable tertiary institution as a matter of urgency. A part-time diploma in some business course will be a good start. Believe me, it will be an eye opener.

4 thoughts on “Surviving the winter”