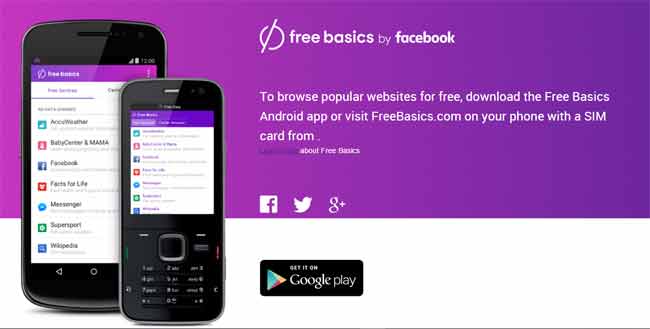 The net neutrality cause got a huge boost today when the Telecoms Regulatory Authority of India (TRAI) permanently banned Facebook’s Free Basics on the grounds of net neutrality violations.

Free Basics is a service under Internet.org, an entity led by Facebook and pioneered by the social network’s founder, Mark Zuckerberg, which has set out on a mission to introduce people who cannot afford or access broadband to the internet.

It has been targetted at emerging markets and has so far established a presence in 37 countries, 19 of those being in Africa which include Zambia, Malawi, Tanzania, and Rwanda.  The service is set for launch in Zimbabwe this month with Telecel signed up as the supporting mobile network operator.

According to TRAI’s ruling, no service provider shall offer or charge discriminatory tariffs for data services on the basis of content. This effectively bans zero-rated services and enforces the need for all data and traffic to be priced on the same plane.

The ban in India comes after the regulator took an extended period of time to consider submissions from Facebook as well as the strong net-neutrality lobby in the Asian country which objected to the introduction of the service from the onset.

Free Basics has faced criticism for creating a distorted version of the internet which will be provided through a Facebook platform and essentially give Facebook access to data on all the users of this free internet.  These concerns were also raised in Egypt where it was also banned by the country’s regulator.

Locally, the Zimbabwean telecoms regulator, POTRAZ, has all but turned a blind eye to net neutrality regulations despite its mantra to level the playing field. Besides the manner in which Free Basics’s engagement with a local mobile operator has been pushed through, other services which are in violation of the principle have been offered on local networks.

Popular cases include the social media bundles that are offered by all operators, as well as zero-rated services specific to particular networks such as Econet’s Ownai, which, coincidentally, was hacked by net-neutrality proponents following its initial launch.

The nonchalance displayed towards net neutrality isn’t just limited to POTRAZ though. Zimbabwe’s latest draft ICT Policy, which is meant to steer all legislation on technology and cater for new dynamics in the field like net neutrality has little mention of net neutrality, its consequences, or a clear acknowledgment of how it plays into ICT regulation.

Perhaps a series of Free Basics snubs from countries like Egypt and India will send a message to the powers-that-be that net neutrality does have certain consequences that should be addressed before any sort of free or subsidised service is quickly embraced.