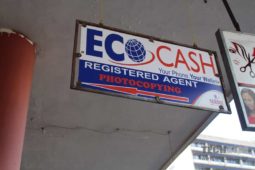 As Zimbabwe’s cash shortages continue to worsen the extensive network of mobile money agents across the country has emerged as a reliable alternative but now the agents themselves are running out of cash.

When we carried out a snap survey in Harare over the past 24 hours we discovered that several mobile money agents in the central business district and downtown area had run out of cash which should have been distributed through “cash-outs” which are withdrawals from mobile money wallets.

Agents that were still offering cashouts were only doing so for limited amounts as a way of remaining liquid for other transactions throughout the day.

Other services like cash transfers haven’t been affected though all agents we spoke to highlighted the reduction in cash-in transactions (deposits into mobile money wallets).

Services related to cash outs such as mobile money remittances have also been exposed to this shortage. Recipients are forced to use the money they receive at service centres that have mobile money payment alternatives.

This latest symptom of the national cash crisis is hardly surprising, though.

As bank account holders continue to face challenges in withdrawing cash from their accounts via ATMs or in-branch withdrawals, those that have bank accounts linked to services like EcoCash are transferring money to their wallets and cashing out from the mobile money agents.

EcoCash, the country’s largest mobile money service is linked with seven banks and registered users can move money between their accounts and their wallets.

This, however, comes with costs that are significantly higher than bank withdrawals though the current cash shortages that are now creeping into the mobile money agent network suggest that the preference for cash continues to outweigh the huge costs that come with moving money out a mobile money wallet.

Another explanation is that mobile money agents are also holding on to whatever cash they can get their hands on as a wave of uncertainty grips formal banking.

With the pending introduction of bond notes which has been viewed by most people as the return of the local currency, service providers that can get their hands on significant amounts of cash have every reason to hold on to this money.

They’d rather hold on to the cash instead of banking it regularly and face the hassles involved with withdrawals or any other payments made outside the country.

Other than the benefits that can come from selling this cash, there’s also the need to have enough money for restocking.

In an environment where the majority of products on the market are imported this is a huge concern for most retailers that happen to handle a lot of cash while offering mobile money services on the side.

The only way citizens are going to be cushioned from all these challenges will be through the use of cash alternatives for payments that include mobile money payment options, Point Of Sale terminal transactions and support tools like debit cards for mobile money wallets.