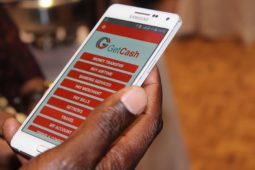 GetCash is the new brand that was adopted for existing mobile money service Nettcash folllowing its acquisition by local investment group Brainworks Capital Management. The service has been tied to Brainworks’ existing financial service, Getbucks

The new platform, which has been launched for primary use through a mobile application, offers a wide range of electronic transactional services which include the option to apply for a loan  (this is linked to Getbucks), bill payments (this covers options like ZESA, ZIMRA, DStv and some merchants) airtime purchase as well as the transfer of money from commercial bank accounts (it has integrated with most of the banks) into the GetCash wallet.

The GetCash app is available for download for Android and iOS and its entire service suite is open to users on any mobile network.

Speaking at the launch, George Manyere, the founder of Brainworks and director of GetCash emphasized the role that the GetCash team was trying to play in financial inclusion by providing a solution that isn’t burdened by transaction costs.

According to the GetCash team, the services have been zero-rated (despite a tariff sheet that had been initially published on the GetCash site) and users will only pay regulatory fees as well as the costs associated with each third party service used.

It appears to be a strategy aimed at gaining a lot of traffic by positioning the service as the cheapest electronic payments channel with a fair number of services under one application.

GetCash is expected to cultivate a strong nationwide presence in the next few months through the adoption of agents and merchants. Currently, it has 3,000 merchants and roughly the same figure for agents.

With all the features that it’s carrying one major drawback is the fact that it is a service currently open to users with smartphones and some broadband access through the web application.

Maneyere has indicated that they intend to address markets outside these limited groups by providing a GetCash card in the short to medium as a way of creating inclusion.