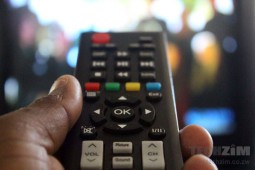 The Constitutional Court of Zimbabwe has delivered a ruling ordering all Zimbabweans to pay the broadcaster licence fees irrespective of which service provider they decide to use.

This means that as long as you are a citizen with a device that can receive a signal you have to pay ZBC licence fees.

According to a report in Newsday, the Constitutional Court ruled that Zimbabweans weren’t being asked to pay for the services provided by the ZBC, but were instead compelled to pay a tax for possessing a device that can receive radio or TV signals.

A constitutional challenge was made on the basis that compulsory payment for ZBC licenses violated the constitution because Zimbabweans were being forced to pay for services they didn’t want. This same argument has often been used by car owners with certain car stereo systems that can’t access radio stations.

It’s not yet clear how the ruling and the supporting legislation will deal with the realities of mobile technology. Thanks to internet services like streaming smartphones can offer the same functionality as TVs while several types of basic or dumb phones can carry radio signals.