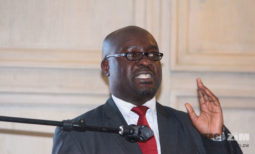 The Reserve Bank of Zimbabwe today confirmed that the mobile money providers are reducing transaction fees effective 1 August 2016 after the regulator engaged them to make transacting affordable for mobile money users. Speaking at the Mobile Money and Digital Payments conference today, the Director of National Payments System at RBZ, Josphat Mutepfa said that the cost of transacting has been significantly high and they needed to agree on lower fees with the operators.

We spoke to the bankers first and though it was difficult, eventually they reduced the costs of transacting. We have also just finished talking to the mobile operators and I’m glad to say that come 1 August, the cost of mobile money transactions will go down. Costs will range from 0 to $3 for any transaction.

Earlier this week, EcoCash announced that it had reduced its transaction fees effective 1 August. The reduction affects EcoCash the most as it has more than 90% share of the Zimbabwean mobile money market.

Earlier today,  The ICT Minister, Supa Mandiwanzira, said that EcoCash’s high fees have been a problem with subscribers and suggested that sharing it’s agent infrastructure would help the provider lower its costs and pass these savings on to consumers.

Mutepfa also encouraged mobile money providers to share infrastructure via commercial agreements. He bemoaned a Zimbabwean attitude to not share and said that commercial model of sharing have to be explored and implemented.