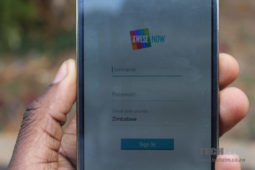 Recently local mobile operator Econet Wireless announced a suspension of a number of promotions in compliance with a directive from the regulator, POTRAZ.

The same regulatory directive has also impacted Telecel Zimbabwe and it turns out those aren’t the only services that will be disrupted.

Kwesé TV, the internet TV service owned by Econet Media has also been affected. Though it hasn’t launched officially (it’s set to go live before the end of August 2016 in time for the English Premier League season kickoff) the pay-TV service had introduced zero-rated Kwesé TV bundles for Econet Wireless Zimbabwe subscribers.

These were meant to offer access to Kwesé TV content at no data charge. However, with the directive issued to suspend all promotions Kwesé Sports, the Kwesé TV affiliate service that has been offering some limited content, has informed some of its subscribers that it will be offering services at standard data rates and not for free.

A source close to the matter has indicated that as part of its compliance with the directive Econet was forced to also suspend any zero-rated promotions such as the Kwesé TV bundles.

Advantage for DStv and every other pay TV service

The reasons behind POTRAZ’s directive aren’t yet clear (it’s yet to issue a statement or respond to our questions) but whatever the motivation the after effects are good news for pay TV services available locally especially DStv.

Before it’s even been launched, Kwesé TV’s visible value proposition has been the potential to offer internet TV with no data charge.

Even on a promotional basis that would have been suspended after a while (which could have been more than a year), this would have given Zimbabwean viewers with an alternative for paid content including sports which has been a strong contributor to user engagement for DStv.

POTRAZ’s directive changes that and scores points for net neutrality at the same time. At the same time, this might not be such a welcome move by consumers of Kwesé TV content, especially with the high cost of mobile broadband.