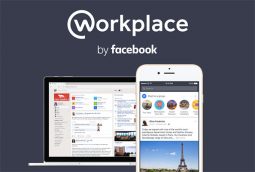 Earlier today Facebook launched its “Workplace by Facebook” product which utilizes Facebook’s social networking for family and friends principles and  applies it to your organization’s environment to network with your co-workers. basically, it’s Facebook for work.

The main idea behind it is to create a workspace that both employees and employers are comfortable and accustomed to using through their years of “facebook training”.

The Workplace platform is primarily a communication tool, allowing co-workers the ability to interact regardless of their location. The platform has integrated existing facebook features to make its interface more familiar, these include:

The platform also comes with its own set of unique features which include:

The daring new feat by Facebook to go into the business software sector is part of its efforts to make Facebook an all-in-one user experience. Speaking on its launch, Facebooks global head for Workplace noted that:

…We want to replace a lot of old technologies like internal emails, mailing lists, newsletters…These are things that people want to get rid of…

Currently, Facebook has 1000 companies signed on it, with India being their biggest market and target audience. The product can be accessed via the Workplace by Facebook website.