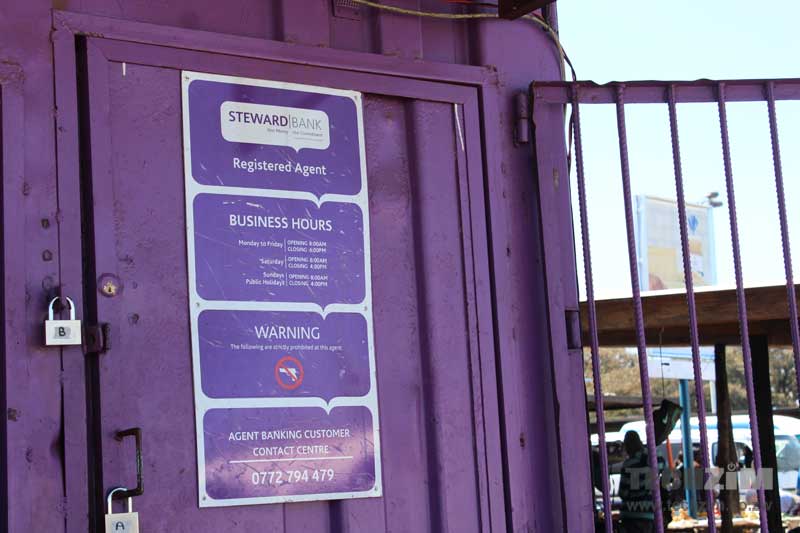 It’s not all decline and recession for local mobile operator, Econet Wireless Zimbabwe. For the financial year ended 31 August 2016, Steward Bank, Econet’s financial services institution record US$4.3 million in profit before tax, which was a 64% increase from the same period last year.

This maintains Steward Bank’s positive growth turn and extends its profitable run which was represented earlier this year by its first full year profit in February 2016.

In the latest review period Steward bank recorded a 44% in Non-Funded Income with this growth attributed to a rise in customer transactions and its agent banking setup.

During the same period, the bank grew its customer base by adding 120,000 new accounts. These were primarily the reduced KYC accounts (accounts that don’t require a tonne of documentation that traditional bank accounts require).

All these accounts benefitted from an integration with EcoCash, Econet’s mobile money service which has emerged as Zimbabwe’s leading payments and money transfer alternative.

Like every other active retail bank in Zimbabwe, the Steward Bank strategy has now been centred on a transaction-based business model.

This strategy has been aided significantly by the cash crisis in Zimbabwe which has raised the profile of payment alternatives such as plastic money and mobile financial services.

The number of transactions via these channels has expanded over the past half year and institutions like Steward Bank with platforms and products that facilitate this have been cashing in.

Not only did Steward Bank invest heavily in these channels but it has also integrated its services with its sister company EcoCash extending some of mobile money’s use case to its accounts.

All this ties in with its agent banking model which ensures that its branches where account holders can transact are planted in strategic areas creating the last physical link of the bank.

While changes in the financial services space and the uncertainty that has been tied to the soon to be released bond notes might change the circumstances of banks, for now, Steward Bank is enjoying the success of its strategies.