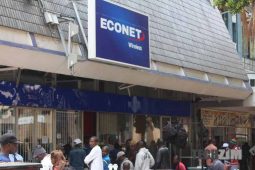 Econet Wireless Zimbabwe – the country’s largest mobile network operator, and some ZIMRA bosses are alleged to have connived in the evasion of taxes and externalising of cash between 2009 and 2013.

An article published in the Sunday Mail highlights these allegations and points to a forensic audit report compiled by HLB Zimbabwe Chartered Accountants signed off in October 2016. The report is sad to have stated how Econet allegedly imported dutiable goods without paying taxes.

It’s alleged that this is after Econet took advantage of a tax exemption on base stations and brought in other equipment and declared this as duty-free under the same exemption.

The report also alleges that Econet would overstate prices of components it was buying from Econet Capital – its sister company based in Mauritius.

ZIMRA executives, including the suspended Commissioner-General Mr Gershom Pasi, Mrs Florence Jambwa (director of legal and corporate services), Mr Tichawona Chiradza (commissioner, investigations and international affairs), and Mrs Anna Mutombodzi (commissioner customs and excise) have been cited in the same audit report with recommendations for action to be taken against them.

Case still before the courts as Econet fights for fair play

This isn’t the first time that Econet has dealt with this tax scandal. It was first brought to the public’s attention in 2014 after the case’s whistleblower Mr Edward Mutambanadzo took issue with the fact that the information he provided hadn’t been acted upon and that he hadn’t been paid the 10% commission for exposing the scandal.

At the time Econet dismissed the allegations as false and also highlighted complications with the way imported base station equipment had been classified by ZIMRA.

Econet has also dismissed the allegations this time around, stating how the matter had already been brought before the High Court after ZIMRA had sought to garnish US$67,9 million from its accounts.

Techzim has sought further clarification from the operator and is yet to get any comment.