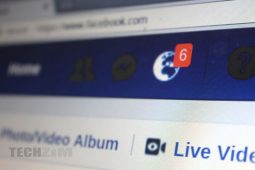 You are probably aware of the recent Cambridge Analytica scandal that has been clouding Facebook over the past few weeks. The scandal has had massive effects which we will talk about in this article but most interestingly, Facebook has been looking at whether they can offer an ad-free version of their social network.

If someday they do decide to go down this path it would be interesting to see how they execute that and it would probably have huge effects on their service and advertisers who have been using the platform.

The effects of the aforementioned scandal have been far-reaching and recent reports have stated that Cambridge Analytica will be shutting down after they declared for bankruptcy.

The scandal has also led to the implementation of the GDPR set of laws that are meant to protect user data and limit the power of online entities such as Facebook, and even websites in general. Apps such as Whatsapp saw their age limit rise from 13 to 16 in Europe because of these GDPR laws.

In response to GDPR, Facebook also revised its privacy settings and revised some of their more contentious policies in relation to data harvesting. It is now easier to limit the data you give to apps on Facebook and also third-party data sharing will also now be tightened.

Facebook also seems to be taking a lot more action

Word on the street is Facebook has been conducting market research over several weeks to determine whether offering an ad-free Facebook experience would attract people to join the service and also allay users who are concerned about data privacy. The would-be “ad-free Facebook” version would be backed by paid subscriptions.

Where would the money come from?

Facebook makes a bulk of their money through ads. Advertisers buy ad-space on Facebook because a large number of people use the social network thus there is a higher chance of getting their products bought if they go to a platform that already has a high user base. At one point Samsung, Microsoft, Amazon, Coca Cola and Ford all advertised on the platform and these are huge recognisable companies that would pay fortunes to be on the site.

If Facebook put a paywall behind their network that could spark a mass exodus to other social networks such as Twitter and Snapchat. Twitter would stand to benefit more as Snapchat and Instagram are very specific social networks with tailored use-cases. Twitter and it’s more general purpose nature would stand to benefit as it would probably attract most of the disgruntled Facebook users.

This would be great news for Twitter because apart from being very popular the social network is yet to turn a profit since it was founded back in 2006.

This news could be empty smoke that is meant to garner goodwill for Facebook as they try to put the Cambridge Analytica. Obviously, an ad-free experience would mean Facebook and Apps on the platform would no longer need to harvest data since there won’t be advertisers to sell to anymore. No data harvest would also mean no data breaches.

I think the ‘ad-free Facebook’ news is coming from them just to remove the target that has been on their back and is also something Facebook may use if ever the US government tries to regulate them. In the event of impending regulation, Facebook could just say they are trying to revise their service and made the attempts to better their service. If I had to bet, I do not think this will be happening anytime soon. Let’s wait and see.