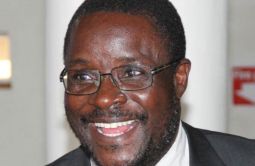 Georges Charamba, the President’s Spokesman, has denied having a Twitter account following an allegedly fake account attributed to him posted controversial tweets. The twitter account ‘tweeted’ calling for the disqualification of MDC Alliance leader Nelson Chamisa in a presidential run-off should it happen.

In June, George Charamba, deactivated the only Twitter account he acknowledged to be his after he received what he calls “abusive replies” and since then he never officially said he got back on Twitter. Accordingly, it may be true that it wasn’t his Twitter account but rather an impostor was trying to tarnish his name.

The persistent episodes where fake twitter accounts are being used tarnish public official names leads me to suggest that verified accounts are needful for public figures.

The story of Verified accounts

Obviously getting a verified account will help public officials when trying to get out official statements and breaking news rather than having to do damage control dismissing statements they wouldn’t have ‘tweeted’.

The thing is Twitter’s elusive verification badge is something that has to be granted to users from the powers that be at Twitter and cannot be requested by the public. According to Twitter, it doesn’t take into account how many followers users have or what they ‘tweet’ about. Instead, it grants the honor to users who ‘tweet’ about popular topics such as music, acting, journalism or politics.

Up until Twitter changes its rules about who can get the verification badge, then we might have to get used with public officials dismissing themselves from ‘fake’ twitter accounts.

One thought on “George Charamba Denies Having A Twitter Account After He Was Attributed For Posting Controversial ‘Tweets’: It Only Makes Verified Accounts A Necessity For Public Officials”