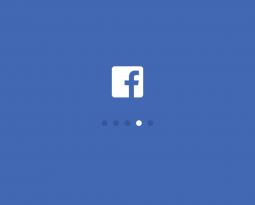 It keeps your memories and reminds you about them on their anniversary, it keeps record of your friendversary ( to use Facebook’s lingo ) and shares it with you to remind you. It makes you and your friends special birthday videos and of late it introduced most watched photos and monthly memories. All these things are highly exciting that’s why according to The American Journal of Psychiatry, there is a disorder called Facebook addiction.

Is too much Facebook Exposure a good or bad thing?

So since Facebook is exciting, like most exciting things, there are bound to be drawbacks chief among them exposure or in some cases overexposure. The exposure I’m talking about is the act of opening a subject up for discussion or debate. By simply uploading a post you are opening yourself up for a discussion or a debate, thats why Facebook gave us several reaction buttons to react to a post.

So is this type of exposure good or bad? Asking people what they think of you or your thoughts? I cant say its good or bad, but here is what i will say, its kept by Facebook for future reference and you may pay heavily for it one day if you are not careful with what you are sharing with the world on Facebook.

Because we spend our time online these days, its easy to become addicted and do some things absentmindedly, small insignificant things like, liking controversial posts, commenting on things we shouldn’t touch with a 10 feet pole and befriending people we should never ever be friends with, uploading photos we should have deleted from our phones after capturing them etc.

All these activities are leaving a digital footprint on Facebook and they may misrepresent your beliefs, culture or personality at some point and it may cost you a great opportunity and in most cases, an opportunity forgone is never recovered.

I have personally seen a YouTube video of a recruiter telling other recruiters not to conclude on a candidate’s character or worthiness based on their Facebook activities. It maybe far fetched but we cant deny its coming home one way or the other. Recruiters are starting to check our social media patterns to get a better understanding of us as candidates.

What can we do to sanitize our Facebook footprints