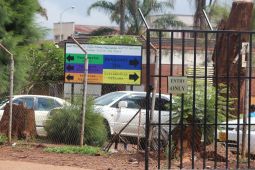 As part of his (woefully inadequate) measures to contain government expenditure, the Zimbabwean Finance Minister expressed his dismay at how successive audits of the government’s civil servants payroll have never failed to unearth ghost workers. This essentially means that at any given time the government is being defrauded of thousands and possibly hundreds of thousands of dollars.

About 90% of all the revenue collected by the government is spent on paying civil servants which makes the whole issue of ghost workers a big deal. He echoed the President who promised that bio-metrics would be used to weed out ghost workers.

Mr Speaker, Sir, previous Civil Service Audits undertaken by Government in 2011 and 2015, respectively, point to possible existence of ghost workers in the service, who are contributing to the burgeoning public service wage bill which accounts for over 90% of total revenues.

Clearly, this goes against the thrust of re-orienting Budget expenditures towards growth enhancing and
poverty reducing developmental programmes and projects through rationalisation of the Public Service Wage Bill.

Mr Speaker Sir, to weed out these ghost workers, I propose to introduce a biometric registration of all civil servants, with effect from 1 January 2019.The registration process will be rigorous and will involve
capturing data on Letter of Appointment, Academic and Professional Qualifications, National Ientification Documents, Employment Code Numbers, and Biometric Data.

The above system will ensure that every person being paid by Government for services rendered is properly accounted for.

A good start but not enough by itself

This will be a good start and as we have constantly said on this Blog the government should take advantage of technology to bring efficiency and accountability to the way it operates. However here are certain things to note:

Clearly a register is to be applauded but more is required.