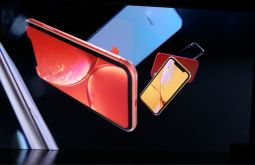 A number of tech companies in the US have written to the Trump Administration this week asking the government NOT to hit the products they produce with additional tariffs as the US-China trade war seems to be on the verge of escalating.

When Trump’s administration put Huawei under a trade ban a few weeks ago, a number of tech enthusiasts thought this ban was meant to protect Apple but the reality is not that simple,as Apple itself might be affected by decisions being made in the US.

Apple, Intell, Dell, Microsoft, HP, Sony and Nintendo have all written asking for their products not to be included among those affected by a proposed 25% tariff on $300 billion in Chinese goods not already subject to tariffs. The US government cites need to stop China from stealing US IP as one of the reasons for the tariff. It would apply to a wide range of products, from live buffalo and primates to T-shirts and shoes. It would also cover laptops, video game consoles, battery cases and other products.

The Chinese producers we compete with in global markets do not have a significant presence in the US market, and so would not be impacted by US tariffs,” Apple wrote. “Neither would our other major non-US competitors. A US tariff would, therefore tilt the playing field in favor of our global competitors.

Microsoft, Dell, HP and Intel wrote a joine letter requesting that laptops and tablets be left out of the products affected if the tariffs are to be implemented. Why? Well, they felt that such a tariff could raise the average price of laptops by $120.

Sony, Nintendo and Microsoft also came together asking that game consoles be excluded from the list.

What’s clear at this point is that, a prolonged trade war isn’t necessarily meant to protect US companies as it will make most of the products consumed in the US more expensive.