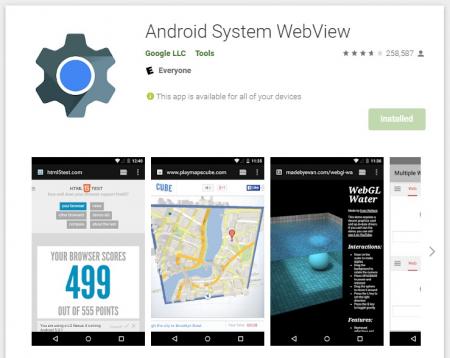 Towards the end of last month, a WebView update caused thousands of apps including TikTok, Tumblr, Gmail, Amazon and more to crash. At the time Downtetector (on the 23rd of March 20201) showed that there were a number of reports globally that applications would just stop running.

WebView was the obvious culprit in this because hundreds of thousands of applications rely on it to function. It’s essentially like a web browser for applications with the only difference being that WebView integrates itself with applications that require HTML5 or content that’s based on the web.

Google has finally responded to the WebView incident in a status update which reads in part:

A bug within Chrome & WebView’s experiment & configuration technology caused instability for Android applications which incorporated WebView to surface web content. This bug caused those applications to crash on the affected devices. The fix required distribution of updated binaries for Chrome and WebView; these new releases were made available for distribution via Google Play for automated and manual updates.
Google provided guidance to users who may have been impacted and issued a detailed post to the Android Help Center’s community forum.

Google’s Workspace Team went on to say that it will be change management and rollout policies to the WebView systen component and systems that rely on it by: