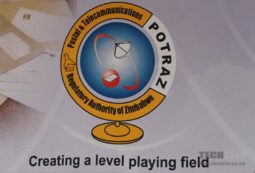 The government and “monitor phone calls” in one breath is something that is sure to rouse ire or chills in anyone. But that’s where we are at unfortunately because a couple of weeks ago the Postal and Telecommunications Regulatory Authority of Zimbabwe (POTRAZ) was ordered to begin implementing the Telecommunications Traffic Monitoring System (TTMS) and Revenue Assurance regulations.

This system, according to POTRAZ, is there to make sure that the mobile network operators are honest when it comes to revenue reporting. The regulator outlined the following points last year when it called for consultations on the TTMS system:

With all of that out of the way, we all had one shared question

Are Zim’s MNOs cheating the regulator?

Saying Zimbabwe’s telecommunications sector is heavily regulated is a bit of an understatement. MNOs and other entities under the auspicies of POTRAZ can’t do anything without seeking the authority’s approval.

An example of this are the price increases to mobile data bundles and voice price changes. At the beginning of the third quarter of last year, POTRAZ gave Zimbabwe’s MNOs the green light to increase tariffs in accordance with the prevailing rate.

The need for the price increase was fueled by the ever depreciating Zimbabwe dollar as well as mounting foreign exchange losses MNOs are currently suffering under. The raising of tariff limits was obviously overdue when it came basing on how much the local currency had already deteriorated in value even before the current interbank forex auction system was implemented.

This measure as much as it is to protect the consumer shows POTRAZ’s power over the country’s telecom operators. To add to that all MNOs Telecel, Econet and NetOne have to report their financial position to the authority.

This is done in part so that POTRAZ to compile the sector performance reports every quarter. The reports are a demonstration of transparency not only to the regulator but to the public. In saying that, at face value, it looks like there are very few loopholes that Econet, Telecel and NetOne can contrive in order to cheat POTRAZ.

Now, when the folks at POTRAZ announced that there was going to be call monitoring system to monitor revenue we were intrigued. However we were then alarmed at the lack of evidence to suggest that Zimbabwe’s MNOs had been cheating the authority.

Had there been anything that pointed to Econet, Telecel or NetOne reporting flase information then I am sure it would have been shouted from the deepest gorges and at the top of the highest peaks.

However we heard, read nor saw nothing that gave any indication that there was foul play. However, this doesn’t mean that there are no revenue leakages. We generally only trust Zim telcos especially MNO’s just as far as we can throw them so maybe POTRAZ has reason to be skeptical.

So who is supplying this technology to POTRAZ?

GVG is is a company that creates products to monitor data. The firm works with Telecoms companies and financial institutions in order to turn data into actionable information. Or more simply, taking data collected and divining anything that might look out of place in a timely manner as well as allowing for the creation of an appropriate response.

These are the guys who will set up probes when you and I make calls and access the internet. Here’s POTRAZ:

“Another major success in terms of projects is the successful signing of the Telecommunications Traffic Monitoring System (TTMS) contract with GVG, and the roll out of the project is expected in earnest after the project commencement meeting was held a few weeks ago (November 2020)”

After perusing Global Voice Group’s website, the one product that matched what POTRAZ described is GVG’s Visio Revenue Tracker.

The revenue tracker gives a realtime read out of revenue generating activities. It monitors all the calls, SMSes, data traffic etc that MNOs do in order to give the regulator an accurate picture of operations.

Much like all systems, GVG’s revenue tracker comes in a suite which includes:

On the one hand, these tools are excellent when it comes to meeting real-world challenges that Telecoms operators face. The most recent example is the EcoCash scam that was done via illegal SIM replacements.

Something like Visio SIM may have been able to help the authorities track down the people much faster. Or a combination of all the systems probably flagging some irregular activity before it became wide spread.

Global Voice Group’s Visio Suite will also allow POTRAZ to monitor things a lot more closely on the MNOs side of things. This could lessen the complexity for the regulator when Zim’s MNOs exceed the current lot.

On the other hand, it’s hard not to be in awe of the power that these systems will give the regulator. There is a rule of thumb with any tool, if it can be used for good, the opposite is equally as likely, all that is required are the right conditions and excuses.

In saying that, POTRAZ did say that they won’t be able to monitor the contents of network traffic. However, whenever any government agency, be it international or local, is given this kind of power a sense of distrust is the most natural response.

On the surface the reasons for the enactment of the call monitoring system might be righteous. But will we have access or even be given an accurate look at what this system is going to be monitoring and in how great a detail?

Generally, governments should never be allowed to have the capacity for such levels of passive surveillance. Even when intentions are pure, there is just some power that governments should just not have. All over the world government track record when it comes to power to snoop on citizens has been terrible. So, we don’t think the reason POTRAZ needs this kind of monitoring matters. The capacity to do this should just not exist and our laws and legal system must stop this.

One of the use cases of this technology that is mentioned on the GVG website is the hazy area of national security. Governments across the world do all sorts of crazy stuff in the name of national security. It’s one of those things that doesn’t have a real definition except that it is usually used to curtail all sorts of constitutionally guaranteed freedoms around the globe. This should just give us goosebumps.

As far as we know POTRAZ only said that it was looking for Traffic Monitoring System. But there is another GVG product that we came across that kind of lines up with what POTRAZ has been talking about doing and it focuses more on the internet.

Global Voice Group has a product called the Safety Net Suite. This product according to GVG’s website:

“Together, mobile services and the Internet have created a complex digital ecosystem that has brought countries worldwide many socio-economic benefits, but also many issues and risks”

The suite was designed to support, Law Enforcement, policy compliance, security throughout the national internet and mobile ecosystems and the effective oversight of digital and mobile identities.

On top of offering the regulator and authorities ways to craft a timely response. The system also has a number of preemptive measures which include:

Now, this isn’t to say POTRAZ took this on but they didn’t mention which suite(s) they are acquiring from GVG, so one can only wonder…

One thought on “Govt wants to monitor your phone calls & internet visits, you should be worried”