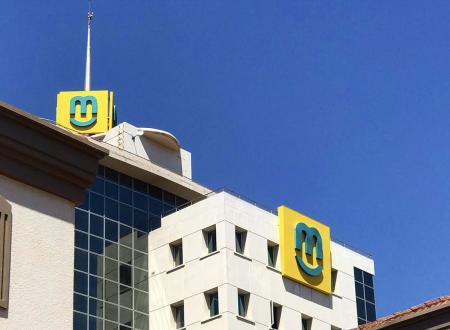 Starting tomorrow, Thursday 17 June, Mozambicans with TMcel lines will no longer be able to call their counterparts who are on the Vodacom network. This is because Vodacom has decided that it will cut off TMcel over an unpaid debt of about US$9.6 million dollars. That bill represents unpaid interconnection fees that TMcel has not paid since 2018.

It has happened in Zimbabwe before

If that sounds vaguely familiar it’s because it is. We have seen this before in our teapot shaped country. Back in 2012, there was a spat between Econet and NetOne over millions of unpaid interconnection fees. NetOne hadn’t paid Econet, the largest private and only mobile operator in the country since 2009. After failed attempts to get paid and being stone-walled by the government, Econet severed ties with NetOne on 23 August 2012.

In effect, this meant that those on NetOne, the then smallest mobile network operator could no longer call those on Econet and vice versa. This would have effectively destroyed NetOne in the long run. The government, which was technically the so-called First Republic back then, behaved in very much the same way the so-called Second Republic would have. Officials came out guns blazing and accused Econet of sabotage and even called it a security threat. Eventually, they reached a deal, made up and the link was restored.

The issue in Mozambique is eerily similar as I told you. Consider the following similarities:

How will this end?

If this was Zimbabwe the end would be very predictable. The government would wheel out the big guns and fire braggadocious salvos at Econet including veiled threats. Eventually, there would be a sit down where the government would bail out NetOne or TelOne whoever the defaulter is.

In Mozambique it’s hard to tell, have had their fingers scorched during the socialist era, the government has not been willing to hand out bailouts to TMcel in the past. Mcel had to sell its towers in the past in order to balance the books making their situation worse in the long run. They were so vulnerable that when the Vietnamese owned Movitel came in 2014, Mcel easily ceded the second position to the new player even though they were starting from scratch.

The government may just let TMcel slowly die although their TdM part will remain a player in the fixed communications game kind of like TelOne. Did I tell you that just like TelOne, TdM has a stake in the EASSY cable? The resemblance is uncanny I am telling you. Que coincidência!