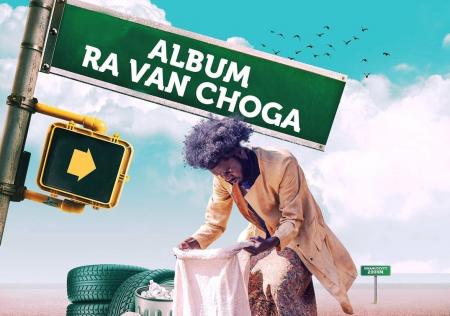 What I haven’t seen is many people describe him as smart or brave — which I genuinely believe he is. In fact, I believe Van Choga understands the internet better than most artists in the music business —as alluded to in the title of this article.

The curse of being underrated…

Having a message that fails to reach people is something that many who pursue creative arts are familiar with.

If I ask you to think of three underrated artists (in music and beyond) you can think of them almost instantly. When an artist is described as underrated, whoever is saying that is basically saying the artist should be widely recognized, but they are not.

Why could it be that talent is not always recognised? Because the general public has tons of s**t to do and discovering talent isn’t usually one of those things. What that means is that the burden of talent surfacing falls largely on that talent (or their management if they are lucky enough to have management).

This wouldn’t be too hard if whatever content you’re putting out didn’t have to compete with WhatsApp, YouTube, Netflix, work, school and relationships for people’s attention. Worse more when our attention span is actually said to be shrinking because of social media…

I don’t know Van Choga personally, but studying him suggests he knew this and started plotting to make sure his message would reach the masses — even if it meant masquerading as a mad man.

Always ahead of the curve…

Knowing that Van Choga opened a YouTube channel in 2016 is one of the things that points to his thinking. Many of the Zim Dancehall acts that became household names in 2019–20 didn’t make YouTube channels until they were on the ascent. Enzo Ishall made his channel in January 2020. Bazooker in December of 2018.

In fact, Van Choga making a YouTube channel in 2016 is so ahead of the curve in his genre because genre veterans Seh Calaz and Killer T, only launched their channels in June and April 2017 respectively.

Why is the making of the channel even important? Because it suggests 2 things:

I strongly believe it’s a mix of both since Van Choga said his falling out with Yala Nation record label was due to the fact that his album was registered to iTunes without his knowledge. That sounds like a guy who’s concerned with ownership to me.

“So what’s with the craziness in his music videos?”, you might find yourself asking. Well, according to him it’s all part of his act to ensure that his message reaches the people. The craziness breeds virality, and virality gets him the attention to get his work heard by thousands of people.

In the video below, Van Choga explains how his “crazy act” is basically a means to deliver a message whilst simultaneously entertaining people.

The truth is I don’t know how I feel about Van Choga’s music and I can understand people who question whether he has talent or its mostly shock value… What is also true is that I have listened to many of his songs and I’ve actually enjoyed some of them. The damning truth that we all can’t deny whether we like it or not is that many other people have also taken the time to play his songs.

He has over 27 000 subscribers on YouTube and his 127 songs have a combined viewership of over 3 million views. Whilst views are not an indicator of quality or lack thereof, you can’t dispute the fact that Van Choga has managed to do what many artists fail to do. Van Choga has managed to get you and me to listen — that’s because he understands the internet better than your favourite artist.