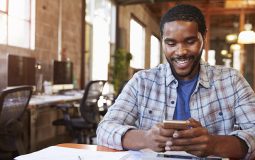 Zimbabwean Twitter or Zwitter as it’s sometimes known is an interesting place to be. Unlike the “real world” where people are sometimes afraid to express themselves or engage in certain subjects on Zwitter people are more liberal with their opinion, more fearless and candid. All sorts of topics including politics, health, personal finance, business ideas and such are often digested.

Yesterday an interesting topic caught my eye. It was started by Kuda Musasiwa who runs the startup Fresh Ideas which is behind companies like Fresh In a Box. It involved two key phrases that are often employed by Zimbabweans during business communications:

To say the Tweet did not go down well with a lot of people is an understatement but everyone had their opinion. Those who supported the assertion that these phrases should not be used were of the opinion that the words themselves mean little and are often overused. They felt the words were a bit impersonal and did not engender personal feelings. They made it feel like you were talking to a robot who didn’t care about you or your feelings on the other end.

They said Hi and Hello were better alternatives. The truth though is that both can be a tad informal and depending on the person you are communicating with they may feel disrespected. It’s even worse when you use the person’s first name such as saying Hi Tatenda. That works Okay if Tatenda is an 18-year-old but will result in a bit of resentment when Tatenda is a 68-year-old retiree you are helping with a query.

One of the things they do not teach in Zimbabwean schools is Business English. You tend to learn it on the job when you do finally join the corporate environment upon leaving school. At first, it’s a bit like being thrown in the deep end of a pool before you acclimatise. Often too we end up with our own unique “business voice” and preferences when it comes to communication in business.

Here is why I think Good day and Noted are important?

Business Communication is guided by certain principles including three important ones. First, you must always err on the side of caution and never make assumptions. For example in our greeting example, assuming Tatenda is young and greeting him with a Hi might cause offence if you are dealing with someone elderly. On the other hand, saying Good day to Tatenda would not cause offence even if he is young.

The other thing is that sometimes in business you are dealing with people in different time zones. Chances are when they open their email/WhatsApp it’s during the day rather than the evening. So Good day is cautious and makes no assumptions. The way communications ought to be.

Another key tenet of business is that you should always be polite and courteous. More often than not that means you need to tone down the personal and dorn the corporate. You try not to infuse too much of yourself and instead have to toe a certain line in terms of the diction you use. You cannot for example flip and lose it, joke too much with customers or appear to treat them too casually as some will take that as meaning you are taking them for granted. Again that’s why we say “Good day” instead of Hi or Hey.

To avoid mistakes and make sure parties in communication understand each other explicit responses are often required in business. It’s kind of like making an API call in programming. You expect the API to respond explicitly even if the response it’s just “200” or “success”. Otherwise, how do you know the last call you made was processed? This is why just like with traditional two-way radio with its Roger and Over keywords we use the word Noted. Some people think it’s a polite expletive but it’s not.

It’s you acknowledging that you have read and understood the message. Often there is nothing more for you to say besides noted. For example, you have just been told your order has been shipped. What else are you supposed to say besides “Noted”? After all, brevity is the soul of wit.

One thought on “Noted and good day, here is why we use them”