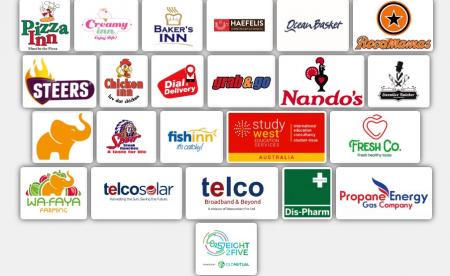 It’s been two months since Simbisa brands launched their Diaspora focused Wa-Faya vouchers and it seems they are actually working hard to make this a success. They have made a couple of improvements since they started. Including adding the Rand EFT payment option for the sake of those in South Africa but unfortunately, the system is still not working with Dial a Delivery yet which is a shame. They have promised that they are working on it though.

My biggest niggle with the service was the issue of small voucher balances. Being a prolific user of the service I noticed an issue that crept up when you bought vouchers and could not/did not redeem the full voucher amount. Within a space of about three weeks, I had about US$5 spread across multiple vouchers. Each voucher had a balance of less than $1. When I tried to use multiple vouchers to make the purchase it seemed like the system did not support it or maybe the tellers I approached were not trained on how to do this properly.

I, therefore, suggested something-a reloadable voucher. Instead of getting a new voucher each time, you would get the option to recharge an existing voucher. Someone pointed out that this would essentially make this a debit card. I don’t think it would. There are already retailers in other countries that issue reloadable loyalty cards. Anyway, that’s now moot as Wa-Faya has a fix for this.

Wa-Faya has since moved to fix the problem. Their system now automatically carries over leftover balances from old vouchers to a new voucher when you assign a voucher to the same person and number. This doesn’t seem to work if you change the name but not the number. It shouldn’t be a problem for most people as it’s hardly unlikely that two people with different names will be sharing a phone number.

You don’t need to do anything in order for this to work. You just need to buy and assign vouchers as you have been doing all along. Whenever there is a little balance leftover from your previous vouchers it is carried over automatically and added to the balance of the new voucher. It’s not quite the same thing as the reloadable method but it is a similarly elegant solution.

Now here is to hoping we will get Wa-Faya in Dial a Delivery soon. Talking about Dial a Delivery, they really need to add more areas especially high-density suburbs and cities like Chitungwiza.