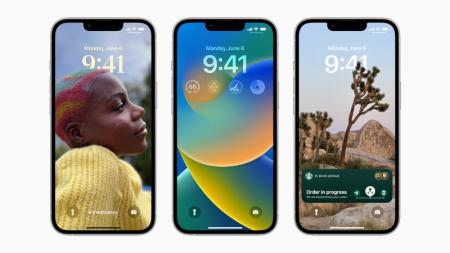 We have now had a glimpse of the version of software that the iPhone 14 will be shipping with. Apple showed us the new iOS 16 at their recently held developer conference. Although I’m probably the biggest Android fan out there, I gotta admit, it looks good.

Over the years, both Android and iOS have been ‘getting inspiration’ from each other. The 2 softwares have converged and are more similar than they are different now. Where iOS was lacking was in customisation but with every update, Apple is changing that and iOS 16 is no different.

Let’s remember though that iOS 16 will be coming to older iPhones too. This is Apple’s superpower as even the iPhone 8 all the way from 2017 will be getting the new update. The iPhone 8 has a big chin and forehead my friend, that old thing is getting a major software update.

Apple has had the same lock screen setup for an eternity. I hated that because the lock screen is the screen you look at the most. It absolutely cannot be boring.

Boring, it no longer is. With iOS 16 Apple finally allows you to spice up the lock screen. You can now change the font and colour of the time display.

You can also add widgets to the lock screen. These are new widgets designed for the lock screen and so are smaller but still pack useful information.

There is a neat feature when it comes to the lock screen wallpaper that allows you to place the time display and widgets behind some wallpaper elements. Seems to work best when there is a portrait in the wallpaper.

I know it’s a silly little thing but with these softwares maturing, it is those little things that make all the difference.

You can save multiple lock screen setups and switch between them either manually or automatically for different modes like one for Focus and one for Work.

Notifications on the lock screen

Then the killer feature on the lock screen is that notifications will come in from the bottom. Simple thing but these modern phones are huge and the bottom of the screen is the only place you can reach comfortably.

Then there is the brilliant handling of live notifications for apps with updating information. I am a huge sports fan but I can’t watch all the games I would like to and so I use apps that update me when something happens in a game.

These apps tell me when the game has started, when Ronaldo scores and when Harry Maguire concedes a penalty and every major instance of the game. On my Android phone each new update requires its own notification.

The result of all this can be seen in the pictures below. 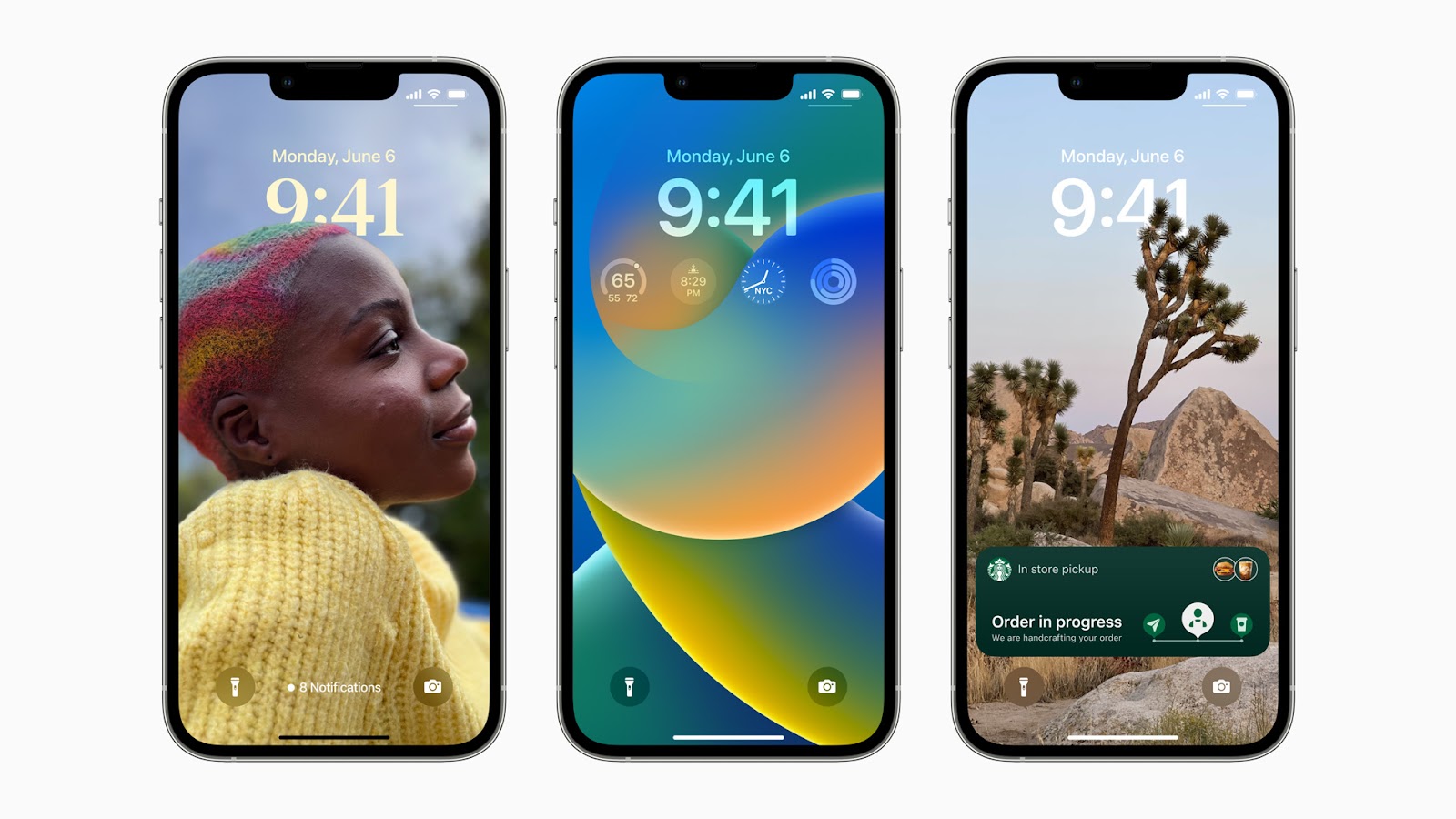 Here’s the world we live in. We have too many video calls and yet our computers’ webcam’s aren’t that good. What sucks is that the phones sitting right beside those computers are much better.

There are apps that allow you to use your phone’s rear camera as a webcam and I’ve tried them. I don’t use them because I don’t want to be the only one in 4K detail whilst everyone else in the meeting is hiding in their chibage-quality videos.

That said, Apple is making it so you don’t need extra apps to use your phone’s camera as a webcam.

You will also be able to effortlessly switch from your phone to your computer and vice versa without disturbing your video call.

These features are sweet but they require you to have a Mac and I have no use for a Mac in my life so you’ll have to tell me how good that is in practice.

Many of the new features only work when one is deep into the Apple ecosystem and that’s the one thing I hate about Apple. I could see myself using an iPhone but I have zero interest in the Mac, iPad or Apple Watch. This means most of what they call innovations would not be attractive to someone like me.

Zimbabwe is WhatsApp country and iMessage is pretty much irrelevant here even if you’re a fan.

That being said, you can now unsend (delete) messages you already sent in iMessage. WhatsApp already allows you to do this for a certain period of time after you send the message.

What iMessage has that WhatsApp has to borrow is the ability to edit a sent message. How many times have you had to do use the * to correct a simple spelling mistake in WhatsApp.

Live text recognizes information within photos. You can copy text from pictures just like you can on Google Lens.

On iOS this functionality extends to videos. You can pause a video and just copy the text on the screen. Neat.

This feature allows you to tap and hold on the subject of an image to lift it from the background. I don’t know how many times you will have to do this but it’s a neat little trick regardless.

This won’t be available in Zimbabwe but it’s too good not to bring up. Apple is getting into the financing business. In order to boost their wallet service, Apple will now offer credit to Apple Pay users at zero interest and zero charges.

That’s insane right there. Apple Pay Later will allow users to pay for goods and services in four equal installments over a six week period. You only have to pony up a quarter of the price and Apple will pay the remaining 75% for you. They will then allow you to repay over six weeks.

There are more features, some of which will only be useful if all your close friends and family use iPhones too. The shared iCloud photo library is a good example of that.

You can find out more about iOS 16 here.

Pay a monthly fee to use a phone that you’ll never own? Apple thinks that could work