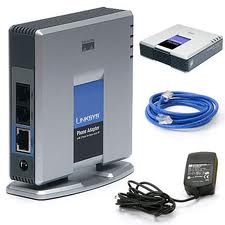 IP Telephony has been around since as early as 1973 and has over the past decade been enhanced to attain telephone (PSTN) voice quality. Today VoIP services are offered internationally by traditional telecom operators (e.g. BT in the UK) and dedicated IP phone networks like Skype. It is through the advent of internet and popularity of internet service providers like Skype and Vonage that voice over IP technology has been brought outside the PBX realm in Zimbabwe.

Recent developments in the local communications technology industry have led to the introduction of such services to homes and businesses in Zimbabwe. Though implementation is low at present VoIP networks are expected to grow, compete with and eventually replace PSTN networks. Currently, 12 local companies hold the POTRAZ issued Internet Access Provider licenses that include provision of IP Telephony services.

Current VoIP implementations run on a signaling protocol called SIP (Session Initiation Protocol) and H.323. SIP, the more popular protocol combines its flexibility together with the Real-Time Transport Protocol to bring Web 2.0 services like Instant Messaging and video calling to VoIP users, bandwidth permitting. This has the great advantage of having all your communication using one number and fewer devices. For example a user will be able to make a video call, send a fax/email and chat with a single device on your VoIP number.

Such services are now available in Zimbabwe but can only be implemented given the following two conditions are satisfied. First, there has to be enough bandwidth dedicated to carry video call traffic between the two endpoints communicating. The second factor lies with the capability of the end user device to handle the service.  A VoIP setup would work best on a broadband platform, and in Zimbabwe a WiMAX or fiber connection is currently the best solution to deliver quality VoIP services to any location.

VoIP’s growth in Zimbabwe was previously hindered by local regulations that barred the use of the technology but with the fast adoption of broadband, VoIP will probably reach its peak in the 2011. Today, any mobile phone operating on Google’s Android platform can establish VoIP calls using applications like SIP Droid and X-Lite, Nokia also has SIP client software for mobile phones using its Symbian operating system.

SIP phones are not popular locally but an Analog Telephone Adapter can make your old telephone work as a VoIP phone. There are also free soft phones (a phone like application) downloadable on the internet. All you will need is to register a SIP number with a local VoIP operator. Registration is normally free while other providers can charge you a small connection fee.

Number portability, a different type from that offered by mobile networks, is currently available with VoIP services. This means you can have one number for your mobile phone, laptop and fixed phone (SIP capable) and you can easily select the device that gets priority when a call is made. Using mobile phones a clear 8kbps data channel is required to carry VoIP packets. However this depends on the type of voice compression used by your provider.

VoIP services using wideband audio are able to deliver High Definition voice to compatible end user equipment. High definition voice brings lifelike quality to phone calls by utilizing all the frequencies that are captured by the human ear to transmit the voice data over the network.

NOTE: Verify with your network provider if the use of VoIP is permitted in your contract

The Future of Voice Communication

LTE is a 4G mobile network technology taking over from 3G technologies we have today. LTE has already been deployed in a number of African countries with Safaricom in Kenya already operating its LTE network together with 2G and 3G. LTE uses VoIP technology and has the capacity of handling 3 times the voice traffic of 3G/3.5G networks. This is very lucrative to the service provider hence we should anticipate its adoption locally to be sooner rather than later.

With LTE, services like HD Voice calls, IM and video calls will be available at lower rates making it easier for the average user to adopt. Data traffic management in LTE will ensure elimination of common problems presented in VoIP networks like poor sound, dropped calls and latency. With this 4G technology, all voice communication will be carried over IP networks fully embracing the VoIP concept of 1973.

4 thoughts on “VoIP: The future of voice communication in Zimbabwe”