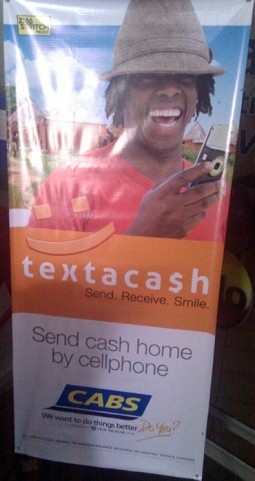 Following our story earlier today on the coming launch of ZimSwitch Mobile later this month, a reader sent us a picture they took of a mobile banking advert by CABS in their Sam Levy’s Village branch in Borrowdale, Harare.

The ad itself doesn’t suggest CABS is ZIPIT ready or that this is a ZimSwitch Mobile service. It does suggest boldly however that CABS is launching a new mobile banking service called textacash which will enable its customers to “send cash home by cellphone”. The banner also has a ‘ZimSwitch Ready’ tag. We think this is ZimSwitch Mobile rolling out. POSB next maybe? 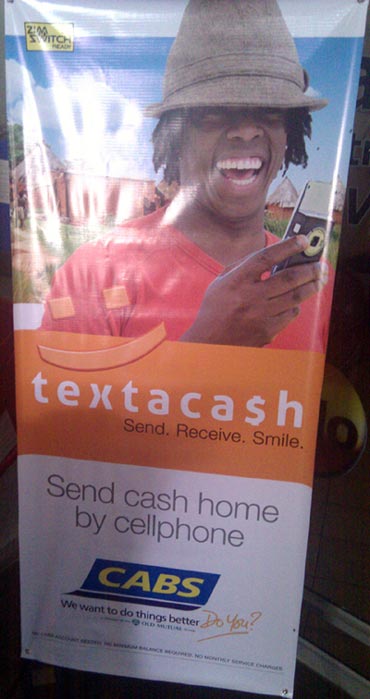