The Internet and the declining newspaper readership in Zimbabwe 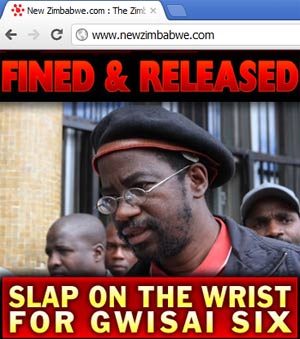 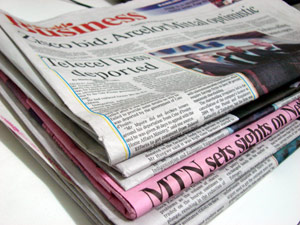 Almost a month ago, the Zimbabwe All Media and Products Survey (Zamps) released the results of a quarterly newspaper readership survey that the organisation carries out. The results are the for the last quarter of 2011 and according to reports  in the media, the survey results showed that print news readership in Zimbabwe has started to decline. While reports refer to the decline as ‘modest’, the writing on the wall is clear, news consumption as we know it has changed.

Newspapers will not die anytime soon. No. Total death may not even happen, but the media business has been heavily disrupted and the effects are starting to be felt here.

As it happens with all disruptions, it’s really about convenience for the customer. The internet has given the customer more options for consuming news. And more importantly, through social media and the countless creation and sharing tools emerging on the internet, it has given the consumers of news means to meaningfully participate in the shaping of news and opinion.

As usual, the incumbents came to the party late. The traditional media houses never really embraced the internet. Whatever basic presence they have there has been the result of a reluctant admission of changing times and not the enthusiastic exploration of the many new possibilities the internet avails. There’s no social media strategy to speak of save for probably just assigning one Facebook savvy guy in the office to create a page for the company.

Now because their efforts have been mired by reluctance, not much revenue has been realized from the internet. In a way quite understandably so. Without means to effectively charge internet readers for content, and little technical knowledge to set up and sell advertising effectively, the internet has just become a new costly exercise. It’s just bleeding them so to speak. The logical reaction has been to allocate even fewer resources to it.

Take the Financial Gazette a popular local weekly paper for example. Frustrated by the low revenues coming from the internet version of the paper, they now post all news to the website a week after it’s published in the print version. Needless to say, by the time they post the articles online, it’s either not news anymore, or the opinion articles have been overtaken by events. The Herald, NewsDay and Daily News, the three major dailies in Zimbabwe, approach this in a better way. They usually post some of the articles (yes, not all) in the evening the news that’s being printed for the next day. But even this is still way slower than the internet works.

Unfortunately, allocating fewer resources to the internet is not the answer. It just further alienates the brand from the product they sell the advertisers; the readers. Now the problem with the internet is that, unlike print, the news and opinion sources are not in short supply. There are many websites providing news that when readers find their favourite newspaper has chosen to not update their site, they don’t rush to by the physical version, they just click away to platforms that have the latest news.  And most times they don’t even need to click very far; their Facebook wall is already full of news updates and links to breaking news and interesting opinion articles posted by content creators that have an understanding of how the internet works.

And it’s not just Facebook; it’s Twitter, the blogs, Google News, NewZimbabwe and the dozen other news sites founded by Zimbabwean journalists in the diaspora. The one thing these new sources have in common is giving out updates in real-time. They don’t wait for the the daily print cycle to post updates. They certainly don’t wait a whole week. News is shared as it happens. Readers participate immediately by saying their opinions in the comments and sharing the news on social media platforms, dramatically increasing the reach and influence of these websites.

Take the Gwisai sentencing two days ago for example. Zimbabweans local and abroad regardless of political leaning where curious to know the sentencing of the activists. The internet-only news sites posted the sentencing soon after it was handed down. The 3 local dailies didn’t update their websites, they waited until the printing press started. They, again understandably so, felt it didn’t make sense to preempt themselves, especially using a platform that doesn’t make them that much money anyway.

But that there is the problem.

If they don’t compete against themselves, their online against their print, and allocate enough resources for the online to compete aggressively, the competition will still happen but it’ll be their print against NewZimbabwe, Facebook, Twitter and the plethora of other online source for news today. And there’s no prize for guessing who will emerge the winner from it. There have been strong suggestions that it makes more business sense to disrupt your own business by letting a new separate business unit compete against and even beat your older business units than to wait for the outside competition to come eat your lunch.

The solution to the problem is not an easy one. It’s difficult to imagine the papers making as much cash online as they currently make selling news on paper. From competing directly against 5 print newspapers for eyeballs, they now have to compete against hundreds of publishers, news aggregators, social media platforms and new internet things you don’t even understand.

The first step of course is to embrace the internet and to stop treating it like an annoyance. The acceleration of Zimbabwe’s internet penetration growth will only increase. Options for the news consumers will keep increasing. The devices they consume content on will keep changing and the need to change delivery methods will be required a lot more frequently. Technology will keep disrupting the media business and it will happen ever more aggressively; the ‘IC’ in ICT stands for ‘information communication’ for a reason.

The traditional media companies have to understand they need equally aggressive information tech divisions, or business partners, consultants (whatever you want to call them) to help them navigate and make sense of this new connected world.  And lastly, an easier said than done recommendation here; they need to start disrupting themselves. If not to deliberately disrupt themselves, at least they need to strategise to start getting some meaningful revenue from the new platforms.

What’s your take on the issue? Please share in the comments below.