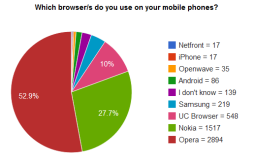 Last week we posted that biNu, the Australian startup that just raised 2 million bucks to expand its feature phone platform, has introduced a new feature called biNu surveys, which is basically a tool for companies to poll biNu users across the world. The new feature is still in beta, but biNu opened the door for us to use it and see how it can help us gather statistical data from its users in Zimbabwe and Africa.

The platform has about 150,000 monthly active users in Zimbabwe alone (1.5 million in Africa) and a survey can easily get over a thousand responses in just a day, which is awesome. Ours got 3,910 responses in just a couple of days. To take note though is that it being a biNu distributed survey means all the respondents have either a feature phone, Android smartphone or a BlackBerry smartphone. This effectively cuts out the two opposite extremes that are IOS and the so called “dumb phone” users.

On to our survey. We asked three questions:  the mobile browser the responded uses, the content they browse, and the brand of handset they use.  The survey results mostly confirm the StatCounter stats posted earlier this month on which handset brand is the king of the hill and which browsers Zimbabweans use. On the mobile content biNu users browse, the top destination is unsurprisingly social media, followed by news, email and sports.

Here are the results: 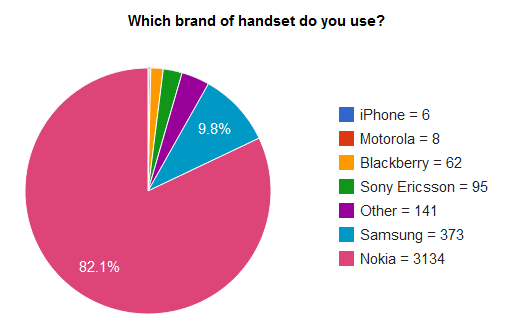 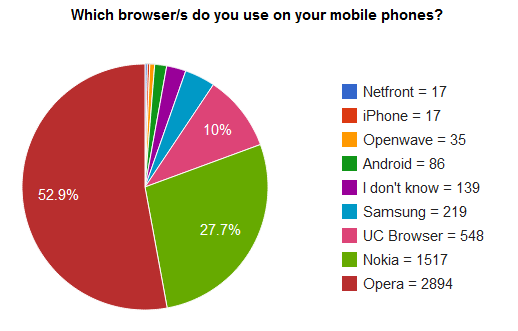 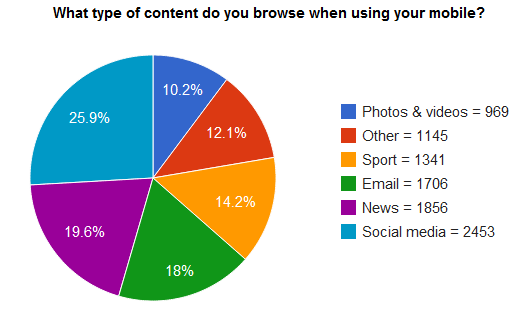