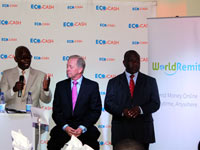 Econet Wireless Services and WorldRemit today launched a new international remittance service to enable anyone around the world to transfer money to an EcoCash wallet in Zimbabwe. Using the service, anyone in the 35 markets that WorldRemit operates from  (including , UK,  (See update below), Australia, Canada) will be able to transfer money directly into and EcoCash wallet. The transfers will be made using credit or debit cards via the WorldRemit website here: worldremit.com.

The announcement of the new service was made today at a function in Harare where executives from both EcoCash and WorldRemit spoke. EcoCash via WorldRemit is not exactly new. We started noticing the EcoCash logo on the WorldRemit website at least a couple of months ago. Today just shows the two companies are now ready to start talking about it.

As with other remittance products in the Zimbabwean market, transfers will only be inbound into Zimbabwe and not outbound. A regulatory restriction from back in the Hyperinflation days.

WorldRemit already has a similar partnership with mobile operators in Kenya, Ghana, Ethiopia and other parts of Africa.

Speed, convenience & the competition
The two companies are banking on the convenience & speed of the service in comparison with existing competition; the sender is not limited by time as they can send money any time of the day or night from the WorldRemit website and have it delivered instantly to an EcoCash mobile phone wallet in Zimbabwe. Zimbabwe is not fully 24 hours yet though because if the recipient receives the money at night, they’ll have to pray an agent is open, or wait for the next day. Still this slight inconvenience is nothing compared to existing options; EcoCash has about 13,000 agents right now. 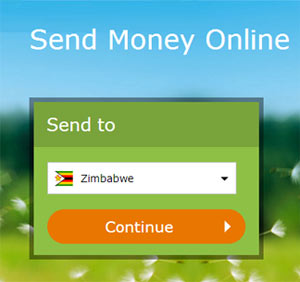 Talking about existing competition EcoCash CEO Cuthbert Tembedza said at the event that the bulk of money coming into Zimbabwe is via informal means and therefore they don’t consider other money transfer companies as competition but as potential partners. WorldRemit, explained Tembedza, is only one of the first partners they are signing on but will be signing on more partners in the coming months. Maybe Mukuru.com will be the next partner to be announced, who knows?

Lower Transfer Fees than existing options
They are also banking on the lower cost of transferring money. WorldRemit will charge around  5% (it’s different for every source country) for transfers while EcoCash will not charge the recipient any additional fees for the transaction. Western Union charges around 10%.

What about what they launched in South Africa last year
If you have been following Econet’s international remittances developments then you will realise that they last year they launched something for the South Africa – Zimbabwe corridor, and you are probably wondering if the two are linked. We asked Econet and the EcoCash CEO said they were the same thing and that they are always working on a lot of things internally. We’re not sure what exactly that means but we’re starting to suspect that the South Africa thing didn’t go too well. if it had, today would have been an announcement of further corridors being launched.

That said, we’re happy about this product. I don’t know a single person who doesn’t have a relative in the US, UK, South Africa, Canada or Australia. For those people this is great news. no more queuing at the Western Union or Moneygram counter at the bank. Both for the sender and recipient. This is a big deal.

Here are some more pictures from the announcement:

Update: At the launch, Econet and WorldRemit said senders could send money from 35 countries. This was not correct as it turns out it’s 32 countries. Or 27 if you count the countries in the list: 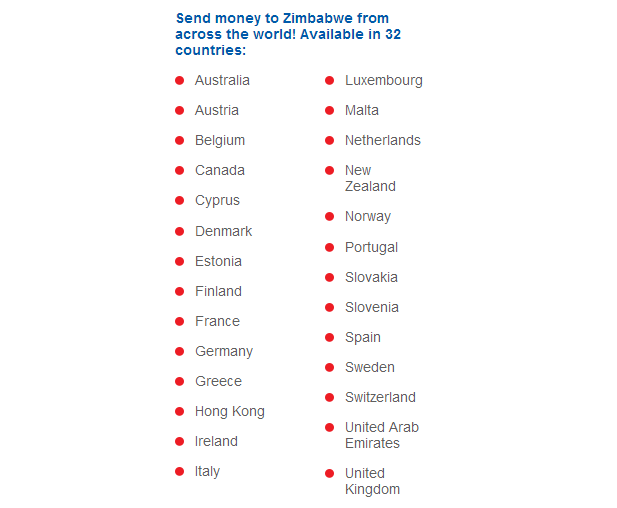