Nettcash has something new lined up, what else should the money service fix? 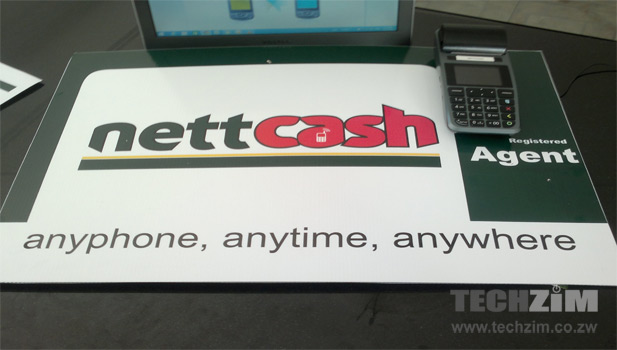 Remember Nettcash, the mobile money service that hit the market last year as an alternative to the services provided by our 3 mobile operators?

The team there has been quiet for a while, but tomorrow (*postponed) they are launching a new product that will enhance their list of services and improve on their current platform.

We are not sure what the new product is and the Nettcash team has refused to divulge any information on the launch, except that the service is an addition to the current system.

Nettcash’s main value point has been enabling mobile payments and transfer without relying on a specific mobile network. However, the type of technology that Nettcash chose has some challenges.

This system is a lot more complicated than the standard USSD approach to mobile money that users have gotten used from market leaders like EcoCash and Telecash.

Nettcash has only been operating for a year and the team has learnt quite a lot in terms of how the environment operates. Hopefully, we will see some changes in their model at the product launch tomorrow. Just in case they missed some areas here are a few things that we think they should consider.

No Interoperability with financial institutions

The Nettcash wallet, though operator independent has one missing pillar in the mobile money ecosystem which is the banks and financial institutions.

It is evident that though there is a significant amount of money circulating in the informal sector, the banks are usually the source of money through salaries and company transactions. Nettcash does not have a model (unlike the mobile operators) through which they can pull money in and out of the banks. Econet has its BEAR project that connects banks directly to its EcoCash wallet and Telecash has its Zimswitch based platform.

The success of any wallet will mostly depend on how convenient the transfer process is and how useful the wallet will be as a payments tool. Nettcash needs to go ahead of the market and offer a seamless transaction process either on NSDT or some other more convenient channels such as NFC (but making it available on all phone types) and ATM cards.

Beyond just a new delivery channel, Nettcash may need to reconsider their business model and offer a platform through which the available wallets can transact. A good example of how this work is in the

A good example of how this work is in the Paynow and Topup platforms whose sole purpose is to provide a payment aggregation engine that capitalises on EcoCash, Telecash and OneWallet.

There are areas in mobile payments that have failed to grow including low-value retail payments such as commuter fares, parking fees and higher value bill payments and purchases. Nettcash may benefit from exploring these avenues as opposed to reinventing the wheel offering a fourth mobile wallet.

Payments have only managed to make some presence in Person to Business and formal transactions. All wallets are still to succeed in offering the informal sector and person to person purchases that do not necessarily involve the expensive and tedious process of sending money. Nettcash may benefit from exploring person to person commerce using the available mobile wallets.

*The Nettcash event scheduled for today has been postponed to a later date to be advised. We do hope they haven’t developed cold feet and that they will not be overtaken by events.