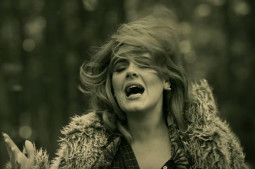 Even if you don’t like music or have decided to totally retreat from the rest of the world, by now you’ve probably heard Adele’ new song.

It’s made it to your radio, phone, desktop and turned into a ringtone, managing to do what every well promoted single does these days thanks in part to the internet. It even caught the attention of companies like MTN, the mobile operator which secured the exclusive rights to its Caller Ring Back Tunes.

Because of this success so far, several artists have made their own cover versions, and through the power of YouTube and the rest of social media, some of the better renditions have become minor hits of their own.

One of the more popular versions so far is actually from a Zimbabwean artist, Taps Mugadza. In the seven days that his version of Hello has been on YouTube, it has attracted 194,582 views.

Those numbers hardly deserve a mention alongside the 179 million views that Adele’s version has managed to shore up so far. It’s not fair to make that comparison anyway.

There is, however, a point to all of this, which isn’t going head to head with Adele.

Besides the obvious advantages that come from doing a cover version of a hit song and creating an identity as a vocal artist, there’s the way the internet and its viral nature is being used by artists like Taps.

In a few weeks Adele is going to release her new album and will likely break a battery of records from sales to awards and everything in between, with the song Hello powering most of that.

While the whole world shares the video and song, a portion of those listeners and viewers will also tune into artists like Taps. With their talent and the right online presence, this attention can turn into opportunities for even bigger things.

This is just one of the numerous strategies that now apply to the process of building a global artistic brand. Perhaps this is something that local artists that are trying so hard to sell themselves to the whole world should also consider.

It definitely shouldn’t be another Hello cover, but something that also blends social media frenzy, mega star virality and the effective use of the internet.

3 thoughts on “As Adele’s Hello inspires artists, it highlights strategy for creating a global brand”