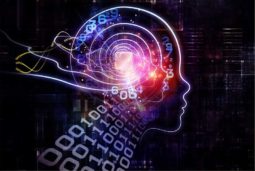 Several weeks ago during a brainstorming stand-up meeting here at Techzim, we discussed how Artificial Intelligence (AI) is coming along and its promise set me on an individual journey to fill the gaps on the existing bigger idea behind AI.

You could call this series my “report back” or something along those lines.

While this includes my take in certain aspects of it, the bigger goal is to first help our readers appreciate AI both in its current and futuristic senses. Everything happening in this field right now are building blocks to an entirely different future first in tech and second in societal context in general.

Of course many of us have been aware of AI as a fermenting concept for many years while others are just beginning to take note and gain serious interest because our favorite tech companies are increasingly talking about it and throwing such systems at us.

The one thing that became obvious as I officially began closely looking into the subject is that the word AI itself is thrown around so much. It is quite easy to lose the bigger picture of what AI really is, it’s intentions and what it means even for people who care less about it. And there are many.

What is Artificial Intelligence (AI)?

There is an ongoing lack of a universally accepted definition of what intelligence itself really means.

Can some biological entity that destroys its agricultural and water sources through pollution said to be intelligent?

It’s even more problematic to find a commonly held and accepted definition of what artificial intelligence is, even among its current leading lights. That said, focus is less on definitions but progress. So researchers seem happy working with descriptions.

After some further looking, I came across a “definition” from the 1970s which has been recently used in TEDx talks. It characterizes AI as the science of making machines do things that would require intelligence if they were done by humans.

By the standard of others in the field, this old fashioned definition still falls short but somewhat delivers on the basic idea. Due to similar problems, some even prefer to steer away from AI, preferring to simply call it machine intelligence.

Something to keep in mind is that there are a million things happening at once in the field of AI. I suspect it may need AI to more effectively organise it all. It’s some form of gold rush right now. Many AI startups are establishing themselves and many others are being acquired.

We all have interacted with AI, the majority of us every single day.

The AI many of us have known

AI is not new. It’s been around for decades. About 50 years to be precise. Though now a tech driven field, its roots are inter-disciplinary and in early philosophy.

We humans are not constant in what we call AI. There is a known tendency to disregard old artificial intelligence systems once they become a part of our daily routine and no longer mysterious.

This has been called the Michie-McCorduck-Hofstadter effect, representing the three leading figures who have looked in detail into this phenomenon. Take automatic sliding doors used in high trafficked buildings as an example.

Once upon a time we were taken aback by such systems. Today, hardly does anyone call that AI. It’s simply no longer artificial intelligence in as much as technically it remains so.

This will also happen when a self-driving Uber has driven around enough people to become part of our daily life. The human brain has a way of conditioning itself and trivializing even the most advanced technologies at any given time.

If you put your mind to it, you realize that this in itself, in part, drives tech advances. We always want a better pill.

Amazon’s cool latest product – Echo – which has been around for over a year now is a well known AI system which responds to wake-word Alexa.

So is Google’s AI search algorithm which has been around and evolving for years.

The Facebook timeline algorithm which decides what gets into your newsfeed is also an artificial intelligence system; so is Apple’s six year old but evolving Siri and a whole host of other digital products and services popping up every time, everywhere.

Tech companies invariably use AI in their marketing strategies not only because that is what it is but also because it is cool right now to do this.

Looking beyond these marketing pitches, there are some really serious developments of seismic proportions that are taking place around the idea of artificial intelligence.

Just about every industry imaginable has something AI related going in. This ranges from deep sea mining, the military-industrial complex to tech giants making sense of big data churned-out, daily, online.

What is even more intriguing is that the developments taking place around AI have potentially far reaching consequences on just about every soul on the planet.

AI is on the road to somewhere. That somewhere is uncharted territory. The catch, though, is that things are happening in chapters.

To avoid getting lost in this easily confusing mosaic with all its moving parts, I recommend understanding AI in its respective phases.

In the next installment, focus will therefore be on giving some deeper insight on AI through its unfolding stages and convincingly make things look easier to interpret.