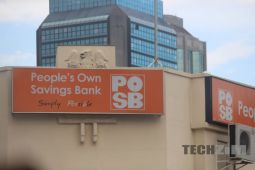 Last year the new dispensation revealed their plans to revitalise the public sector. Part of the plan includes the privatisation of several parastatals. It is hoped that privatisation will make them more efficient and streamline their operations.

It seems those privatisation plans are gaining steam for at least five of the parastatals which have been targeted for privatisation namely:

Reforms on State Owned Enterprises and Parastatals (SOEs) are being accelerated as outlined in the 2019 National Budget. Having approved the implementation framework for 43 SOEs and parastatals in 2018, Government has targeted 5 public enterprises, namely Tel-One/Net-One/Telecel, ZIMPOST and POSB for immediate reforms and work is already underway to identify transaction advisors. Projections are that Government will realise at least US$350 million
from this initial process.

Personally, I am not a fan of blind privatisation given the lack of ethics and governance in our country. Such processes tend to create Oligarchs who get these companies for a song without benefiting the public much and that is the best case scenario. In worst cases, such exercises in the Eastern Block led to these companies being run into the ground before being abandoned.

Also, it would make better sense to just merge NetOne and Telecel. The latter has been a pale shadow of its former self ever since it became a government-owned entity. I have a Telecel line as back up in my phone and not once have I come across a 4G signal. Telecel is clearly struggling and I don’t think it has the legs to stand on its own for long as a privately owned company.

Then there is the issue of legacy debts at Telone. On countless occasions, the company’s creditors have threatened it with disconnection over unpaid debts. The only reason why they are afloat right now is that the government is constantly bailing them out. It would be pretty hard to find a buyer while the parastatal is saddled with those debts.