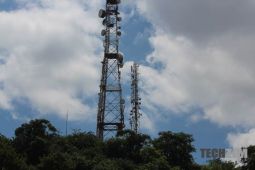 One of the questions that I hear asked repeatedly is whether or not Telecel finally deployed 4G. In 2015 they promised to deploy 4G in 2016. 2016 came and went but 4G wasn’t deployed. Mid 2017, Telecel said they would finally deploy towards the end of the year and it seems they finally did. So why does the question, does Telecel have 4G still pop-up from time to time?

Unfortunately, there is still a pretty big problem with just how much 4G infrastructure Telecel has laid out (as of the Q1 2019). Currently, TelOne has 1.6% of LTE base station infrastructure with NetOne having 28.5% and Econet the lion’s share with 69.9%.

What do these numbers mean on the ground? Well of the 1026 4G base stations in the country, Telecel has around 16 base stations. It’s not clear if these are all in the urban areas or if some are in rural areas but you can see why Telecel’s 4G network is a rarity. NetOne, by comparison, has around 292 4G base stations.

How bad are these numbers? Well, Telecel’s own website doesn’t have a 4G coverage map at all, with coverage for 2G and 3G being mapped out clearly. The company doesn’t seem to even acknowledge the existence of 4G on their network.

With this being said, it’s no surprise that Telecel has been losing subscribers profusely and without cutting edge infrastructure, it’s hard to see where more subscribers will come from in the short term, which spells trouble for an already troubled organisation…