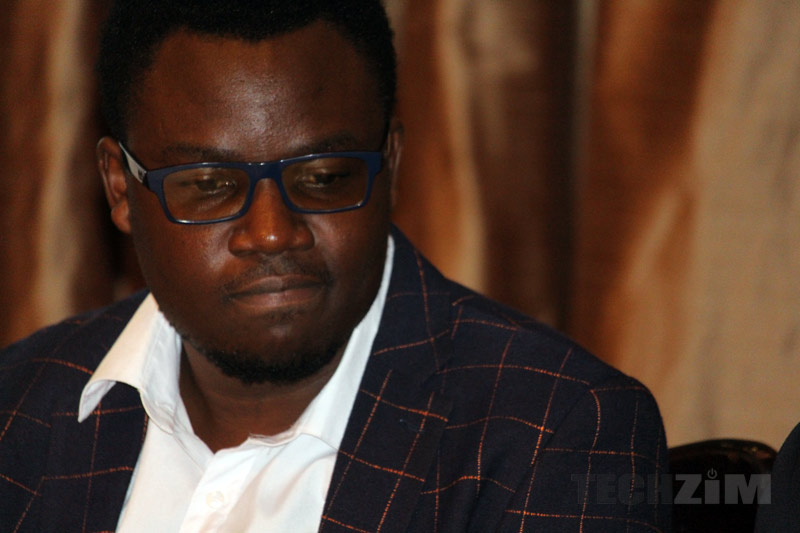 It’s been a pretty eventful week for Golix since we asked whether or not Golix had finally given customers access to their cryptos and fiat. That story resulted in a number of sources revealing to us information that the Golix CEO – Tawanda Kembo- refused to openly discuss with us despite reaching out to him on multiple occasions.

These stories have led Mr Kembo to finally break his silence in a 1531 word guest post on iHarare. The guest post is certainly interesting and great as it clarifies a number of points we raised in our previous articles regarding the issues at Golix.

Mr Kembo said that the company hasn’t failed to process withdrawals because of insolvency but because of their inability to get bank accounts:

We have never been unable to process a withdrawal because of insolvency. Even though we are not profitable right now, we have money in our wallets and will be financially stable for at least a couple of years.

The CEO also responded to the issue regarding losing a password and whilst he didn’t deny that this happened, he also did not confirm that it happened:

Although I can’t say this is entirely untrue, it’s a statement that was taken completely out of context.

I was an early adopter of bitcoin and anyone that got into bitcoin the time I did will remember that bitcoin was dirt cheap and we didn’t have an easy to use wallets such as the one Golix built. My first wallet, for example, was only accessible from a Linux terminal and although I don’t regret losing it back then (because bitcoin was so cheap), if I had kept it, it would have been worth a lot of money today. I’ve often told such stories at various talks I’ve given over the years and this has been taken out of context.

One thing I would like to make clear is that when we reported about Mr Kembo losing his password we were not referring to “various talks” he gave publicly but instead to private conversations he had with some of Golix’s biggest customers and people who worked at Golix when the loss of the password occurred.

Mr Kembo also addressed the issues surrounding their ICO and still refused to disclose how much they made during that coin sale:

We took a position not to publicly disclose how much money we raised and that position has not changed.
Finally,

Not taking interviews when uncomfortable

I believe the last section of his blog post is addressed to Techzim for attempting to reach out to Tawanda to get answers to questions that Golix customers were bringing up:

Even if I wasn’t as busy as I am now, and I stopped valuing my time, I still wouldn’t have enough time to take every press interview request I get, to answer every WhatsApp message I get or respond to every email I get.

… It’s unfortunate that sometimes the press will feel entitled to insights into how things work under the bonnet. I don’t think it’s ethical for a journalist to try to force you into taking an interview request you don’t want to take by writing an article, they know is not true, and then mention at the end of that article that even though what they wrote may not be true, they will stick to  it until I come forward and give them an interview.

Sometimes I can take an interview because I’m busy or because I know you’re going to ask me questions that will damage a relationship I’m trying to build with a stakeholder by saying something publicly.

Without turning this into a personal battle all I can say is Techzim will continue asking hard questions and when tech startups we’ve endorsed before let down customers, we will do our best to help those customers, even when said startup no longer communicates with its customer base.

Update: One thing Mr Kembo fails to grasp is that by talking to Techzim or any other publication when they request comment – he is not talking to a single journalist but actually talking to thousands of customers who have been unable to get their money from Golix.

To customers who still haven’t been assisted…

For the customers who were still complaining that they had not been assisted the CEO said they can get assistance:

Finally, I read most of the articles about us this last week and I noticed from some of the issues that some customers still had some issues with their accounts. I’ll be working on the support desk myself next week if you’re reading this and one of the people with account or transaction issues, please just write an email to support@golix.com and put my name in the subject.

If you cannot withdraw or trade the Golix coin, then what value does it have?

Is that you in disguise Mr CEO?

Inini I actually think Techzim have tried to “protect” Kembo but his silence has not helped.

How exactly have we tried to protect Kembo??

I think this article has failed dismally to address the major issue here. Most of us are not interested in the so call fiat currency because we bought the bitcoin when this currency was very strong, only around 1:1.2 to the USD. So we are more more concerned over our bitcoin he has so far fail to give us. We want the bitcoin we bought. So far I cannot claim to own any bitcoin even though I know my Golix account holds 0.7bitcoins. Are we going to have our bitcoin withdrawals processed anytime soon??? I want to see the bitcoin in a wallet I can use at any bitcoin terminal or any bitcoin accepting merchant in the world, but so far my bitcoin is locked in Golix account. You see…

We linked to the iharare article where he gave inept answers. Kembo won’t talk to Techzim directly because we are asking him questions he doesn’t have want to answer honestly. I saw your follow up comment saying we are trying to protect Kembo. If you’ve followed our coverage of this issue over the past week I don’t think that would be your opinion. Ultimately you’re entitled to think whatever you want but hear it from a person working from someone who works at Techzim: WE AREN’T TRYING TO PROTECT ANYONE

Thank you, noted. I appreciate the work Techzim has done so far in trying to bring to light exactly whats going on. I certainly hope he will start being forthcoming and engage us since he says the issue is not insolvency.

In crypto world if you dont have the keys its not your bitcoin. Tough luck. Next time buy nano ledger wallet. Its a little pricey but at least you have your own keys