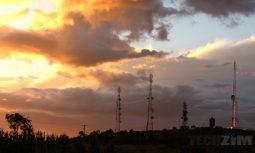 In an address by the POTRAZ Director General Dr. Gift Machengete, it was revealed that 3 companies have been granted Mobile Virtual Network Operator (MVNO) licenses to operate in Zimbabwe with Dolphin Telecoms being the one that is closest to going live. the other 2 are yet to be named.

It is exciting stuff because after decades of swapping sims between 3 mobile operators with pretty similar offerings we finally get some potential competition. So what is Dolphin Telecom looking to offer to the table?

This network builds on a robust existing infrastructure to answer a critical problem, which is at the service layer, and our ambition, which is driven by technology, is to launch with best-in-class user experience and customer services in Zimbabwe.

MVNOs also pay substantially low operator license fees. POTRAZ states that a light MVNO can pay US$5 000 for a 20-year license and a full MVNO up to US$50 000 for the same 20-year period. Much cheaper than the US$137 million paid by regular MNOs, the likes of NetOne, Econet, and Telecel. And on top of that, they get data, voice, and SMS at wholesale price from the MNO they are riding on.

Let’s look at how an MVNO operates. There needs to be an existing MNO with an infrastructure network already set up and running. This MNO also needs to have excess capacity on its network. It is this excess network capacity that the MNO will sell to the MVNO. And in the Director General’s address, that is what he means when he says efficient use of available spectrum.

Who has the excess capacity?

Unfortunately there is no word yet on which MNO Dolphin has partnered up with for their MVNO venture. The question I have is which MNO has excess capacity in Zimbabwe? Econet network is absolutely unreliable as of late. NetOne was better but it’s not doing too good either. Telecel is on life support. Given the nature of MVNOs reying on already existing MNO hardware I am more than curious to see who exactly that is.

We have already secured an agreement with one mobile network operator, and our model aims to create a new layer of efficiency in the virtualisation space.

From a purely capacity point of view, the only MNO with excess capacity is the MNO that has lost the most subscribers over time. And that would be Telecel. In the past 10 years Telecel has lost 1.5 million subscribers which it over 75% of the subscribers they had in 2012. It’s market share also dropped from 19.8% in 2012 to 3.3% in 2021. So if anyone has excess capacity it’s them. But strategically Telecel is probably the worst MNO because not only does it have the poorest network coverage, it’s also only got 1.2% of all existing 4G base stations. About 179 of them. As a Metro MVNO like Rain in South Africa, Telecel could be a viable candidate.

Econet and NetOne would offer more reach and more coverage but between the 2 NetOne could have more excess capacity than Econet. After all, Econet has more subscribers than NetOne at 9.1 million vs 4.4 million on NetOne. And when we look at network performance, NetOne is doing slightly better than Econet in terms of connection stability for voice and data. There are less call drops or random data connectivity drops to 3G or 2G vs Econet making them a more desirable candidate for setting up an MVNO.

Will they sink or swim?

The telecoms space is a numbers game. The margins operators make are very little and so to be sustainable the numbers have to be very good. With an MVNO the cost side of things is much less of a headache. Very cheap licence fees and almost non-existent maintenance costs mean they have less overheads to worry about. And if an MNO is desperate to sell it’s idle capacity, they can negotiate higher wholesale discounts for data, voice and SMS.

Negotiating discounts is one thing. Convincing you and me to ditch my current service provider and number and jump onto this new one is a totally different ball game. They have to offer a very attractive value proposition.

We have tightened the software layer to ensure that the issues that people are frustrated with, regarding failure to top up; top ups not being recognised; having to switch network settings for data to activate; and other common problems clogging customer service lines are resolved within the software layer

On paper they seem to be on the right track. What Zimbabweans have been crying for is a network that works and that is affordable. Nothing fancy just a reliable network that operates as expected all the time. And tariffs that don’t break the bank. If they can solve that out of the gates then maybe. Just maybe, they might be part of the 20% of MVNOs that lasts beyond a couple of years. Research done by Salience Consulting in 2020 suggests that being the cheaper option is no longer enough to stand out. Telecel is a very practical example of that.

However, research indicates that only 20% of MVNOs survive more than a few years.1 Simply having lower pricing is no longer the key to success. There is a need for innovative solutions, brand partnerships and targeted branding to stand-out from competitors

Competition is always welcome. It breeds innovation and hopefully clever ways of providing value to Zimbabweans. For now we wait for the launch and see what they bring to the table. Let me know in the comments what your ideal list would be for the ideal network operator.

20 thoughts on “Dolphin Telecom plus 2 other MVNOs. We wanted competition and it’s here. Almost”