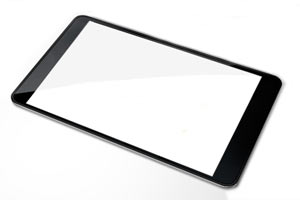 The proliferation of mobile based internet access and the evolution of traditional broadband services from niched to mainstream products, is transforming developing economies and their place in the knowledge economy. In the developed world, the death of the  consumer PC segment is now almost complete.

HP’s disposal of its PC division to concentrate on cloud and enterprise based services is probably the most significant confirmation of where ICT is going, the company was after all the biggest PC producer in the world. Within the next five years very few pc’s will be purchased for consumer usage, a significant number of SMEs might also not invest in desktop computers.

Where Tablet computing is concerned, Apple’s iPad ushered in an era that bridged the cellphone and the computer. It did not invent the tablet PC in the same manner it did not invent the smartphone through its iPhone, however it did make both segments cool enough for mainstream adoption. This in my opinion is the most significant occurrence to happen in the last five years of ICTs.

While the iPad and a wave of wannabes entered the world with hefty premiums and targeted at affluent consumers, the popularity of these devices has led to a trickledown effect. This trickledown effect is leading to price disruptions like the recent Amazon Kindle Fire which has ruptured the tablet market at a price point of US $ 200.

Developing markets have traditionally lagged behind in global developments where technology is concerned however the mobile phone changed this. American mobile start-ups and mobile money providers sing praises of Kenya’s M-Pesa mobile money system, South Africa’s MXit has held its own against Facebook while  Ushahidi turned Kenya’s 2008 election violence into a solution that has helped save lives in Haiti and the recent Japanese Tsunami. The power of the mobile is huge and has helped put Africa on the map, but is it enough?

I believe that the mobile phone is the first series of steps on the ICT adoption staircase but have struggled to predict what comes next in this evolutionary process for the African continent.  The Vodafone Web Box which we looked at a while back is both ideal and revolutionary on a mass scale however the company only rolled it out across its operating markets, thereby leaving a big question mark on what will promote mass computing and internet access after the mobile phone.

The search for the next big thing appears to be over. Tablet computers are not just taking over the developed world, they can also become the next port of call for Africa’s expanding digital consumers. If the Amazon Kindle has entered a market as matured as America at a compelling US $200, and the Indian government has recently launched the world’s cheapest tablet pc at approximately  US$ 38 then it’s not too farfetched to expect devices that bridge these two (in terms of pricing) to explode across Africa. Such devices will succeed due to their portability, practicality and relatively limited reliance on electricity on a continent facing energy challenges.

Tablet computers can be accessible to students, teachers, working class professionals and even SMEs. Ideally Zimbabwean companies like Swav could be among the pack leading the revolution along with global players like Samsung and Huawei among others. That is only if Swav, G-Tide and other “local” OEM brands are able to capitalise on such an opportunity. Balancing quality and pricing will be very important for the revolution to succeed. Massive opportunities for African brands to create value added apps will hopefully also open up doors for start-ups.