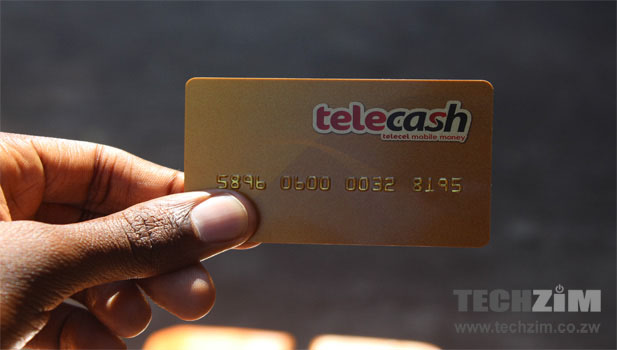 Yesterday Telecel Zimbabwe launched a debit card for their mobile money users called the TeleCash Gold Card.This product had been in the pipeline for a while now, with Telecel having given some information on the card and what it would mean for subscribers at the launch of Telecash some months ago.

While the launch itself might not have fully expressed the potential impact of this product, the Telecash Gold Card is a huge leap in mobile money services locally.

Its value to financial services through mobile commerce is something that will sooner or later lead the other MNOs to emulate it. This of course will depend on thawed relations between guys like Econet and local bankers.

Looking at the Gold Card its greatest strength is undeniably the convenience it will create for retail payments made through mobile money. Anyone who has made a payment at retail outlet till points, or stood behind someone doing so, will tell you how the payment process involving USSD codes can make a grocery run last longer than it should. These frustrations are the reason behind the rise of mobile money apps like ZimCodes.

These apps are a great convenience no doubt, but a limited reach hampered by a limited smartphone penetration and local Android market share means the majority of mobile money users still have to key in USSD codes just to pay a merchant.

The Gold Card is bringing the simplicity of swiped payments to mobile money where the majority of Zimbabweans experience “formal” banking services. TeleCash’s subscriber total of 600,000 (sign ups for the first 5 months of trading by the way) is more than half of all formal bank accounts which numbered 853,000 a few months ago. This is a representation of how many people will benefit from added services to their mobile money wallet that acts as their account.

With the one product these guys are bringing some of the functionality of formal banking to m-commerce. While TeleCash’s competitors have had solutions that try to do the same thing (kudos to Textacash for ZimSwitch integration) the TeleCash effort has the advantage of digging into a huge potential market courtesy of it’s Telecel mobile communications brand.

Another Gold Card value proposition is the ability to access mobile money via all ZimSwitch ready ATMs. This spares a subscriber the challenge of hunting for a point to redeem money in their wallet and gives TeleCash an edge in their perennial scramble for more agents.

If what Telecel has promised to deliver with this card in the near future is anything to go by, this product is going to have an even bigger impact on the market. The attempt at remittance services that Telecel is keen on channeling through TeleCash will turn the card into another tool for the redemption of diasporan inflows.

The Gold Card service that most people are keen on, particularly the unbanked, will be enabled international payment facilities through VISA and MasterCard that the Telecel representatives said they were negotiating for right now.

Despite the string of complexities that come with inking such a deal,(RBZ regulation on externalisation of forex through mobile money is a big obstacle here) if Telecel pulls it off TeleCash it will have leapfrogged local banking services and mobile money providers.

In any case the new TeleCash debit card is worth its weight in Gold.

22 thoughts on “Unboxing the value of the Telecash Gold Card”