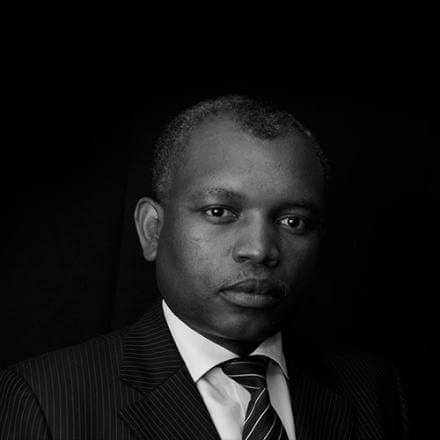 First off I’m going to call out to the film guys, please make a movie on the Kwese story. You won’t need writers for this story. There are so many plot twists in this story that your audience will be confined to the edge of their seats, if indeed they can even sit. Okay, now on to the latest revelation.

How Kwese got into bed with Dr Dish

Let’s start from the beginning but summarise. Econet Media had a product, Kwese TV, which they were launching across Africa. Zimbabwe being where the founder and chairman of the Econet group was born and raised, it was given that Kwese would be coming.

For Kwese to broadcast in Zimbabwe however, they had to have a licence which would allow them to do that, as you would expect. For whatever reasons (we have speculated) they could not get a licence of their own in time for the launch.

There happened to be a company called Dr Dish, who as luck would have it had such a licence and were looking for partners. Kwese had the content and Dr Dish was looking for content to distribute. So the agreement was reached, Dr Dish would be the distributor of Kwese TV in Zimbabwe. You could look at it as Kwese using Dr Dish’s licence to broadcast in Zmbabwe.

We recapped all this so that all can appreciate the significance Dr Dish had in Kwese becoming available in Zimbabwe.

Following their partnership, the two companies still had to fight the Broadcasting Authority of Zimbabwe which seemed hell-bent on thwarting Kwese. They fought side by side like Hitchcock and Scully. So some of us were genuinely surprised when we heard Kwese had terminated its contract with Dr Dish just months into it.

We thought to ourselves, ‘they must have a very good reason’ because it seemed rash. To this day no one can really explain just how Kwese is still airing since they parted ways with Dr Dish. Kwese have dismissed reports that they got some kind of permit but they are playing their cards close to the chest too, they won’t share how they are still broadcasting.

Why would Kwese part with their ‘licence provider’ before they got their own and risk being pulled from the air yet again? Yes, Kwese have applied for their own licence but we are still a long way away from them getting it. The answer it turns out is – Gerald Mlotshwa.

The reason the union was broken

Gerald Mlotshwa is married to President Mnangagwa’s daughter and also has a 40% stake in Telecel, one of Econet’s competitors. Now Mlotshwa went ahead and acquired a 50% stake in Dr Dish, the licence guys.

Okay, you be Econet in this scenario. Here you are minding your own business when a major shareholder in one of your competitors acquires your partner. The same individual also happens to have political ties whilst your policy is to try and steer clear of any politics. What would you do in that scenario? Most would part ways with that partner.

We asked Kwese if that was the reason they parted ways with Dr Dish and they gave us the ‘no comment.’ You can read a lot into that response but it’s one we saw coming, can they really say, ‘yeah, we bolted because the President’s son in law acquired our partner?’ They obviously cannot.

Techzim carried out investigations and some industry insiders confirmed to us that Mlotshwa is indeed the reason Econet pulled out of its contract with Dr Dish.

Yes, the reports say he only signed the deal this last weekend but we can safely assume talks on Mlotshwa acquiring Dr Dish had begun earlier and it had become clear that Mlotshwa was serious. On the weekend in question, Dr Dish founder, Nyasha Muzavazi was actually out of the country, hard at work.

Now imagine you are Econet again. Not only is the individual acquiring a critical partner of yours a shareholder in one of your competitors, they are also the son in law to then former Vice President Mnangagwa, who was in exile around the time Kwese is said to have terminated the contract.

They couldn’t risk being identified with ED, who was persona non grata (funny how fast things changed. Still with ED being President, Kwese would not want association with a high profile politician as well especially if that person is president, politics has a way of spilling over and spoiling all in its wake. The logic checks out, Kwese would flee.

Dr Dish is the victim in this story

Having said all that, it doesn’t mean Dr Dish was not hard done by Kwese in this story. Kwese terminated their contract on grounds that were not specified in the contract. We understand that there was no clause providing for termination due to change in ownership structures.

Dr Dish were therefore well within their rights to engage Mlotshwa. They could bring any person on earth as a shareholder according to the contract. They just happened to pick the one guy Kwese could not accept.

There must have been a catch all clause which provided for termination on extraordinary or special circumstances. Kwese’s team of lawyers would not be really good at their work if no such clause existed in the contract.

It all then boils down to the interpretation of what special circumstances are. Dr Dish is set to sue for unlawful breach of contract so we will know soon enough what the courts think of the whole episode. Will they agree with Kwese that Mlotshwa’s acquisition of Dr Dish provided reasonable grounds for contract termination? Only time will tell…

Why are you still using EcoCash?

All WiFi devices are vulnerable to “frag attacks”, here is how to protect yourself

Agritech startups, here’s a US$2 mil prize you don’t want to miss

You may soon be able to get a job through TikTok…