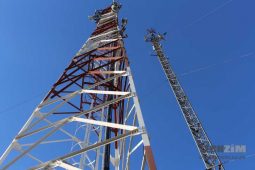 Considering how much ridicule Econet gets on social media, it’s a bit of a surprise that the network is still by far the most popular network for both consumers and corporates. POTRAZ’s recently released Consumer Satisfaction Survey for 2018 and NetOne and Telecel look more like backup providers for most users.

Regarding the popularity of networks POTRAZ asked two questions in their survey:

Considering that the survey was conducted last year when Telecel and NetOne had cheaper data offerings than Econet this could result in most people no longer using two lines and instead just require on Econet. It will be interesting to see the trends of NetOne’s and Telecel’s subscriber base throughout 2019 now that they’ve done away with promotions. The results were pretty similar in regards to the network used most often.

Once you also consider the fact that 72% of the individuals who were part of the survey were earning below $100, it’s even more surprising that the service that seems to be accused of being too expensive is the most popular by a wide margin. Of course, EcoCash has for a long time been attributed as a reason why people continue using Econet but with alternatives like Telecash and OneMoney growing pretty slowly, it doesn’t seem like it’s an EcoCash thing alone.