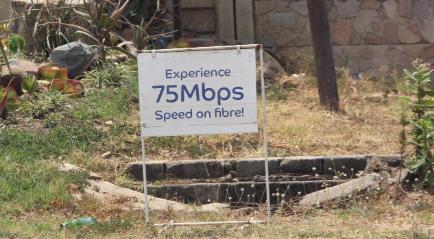 So ZOL increased their prices again yesterday. This you probably know if you read Techzim, are a ZOL customer or you just heard the outrage on social media.

For the past few months, ZOL has been increasing prices pretty significantly and there really hasn’t been a clear explanation as to why the prices are going up even in US$ terms as well. Following the most recent price increment a number of ZOL customers took to social media to understand what’s going on and raise some important issues;

Why is the US$ price increasing?

Customers are perplexed at the fact that US$ pricing is increasing alongside ZW$ pricing. One customer posed the following question online?

So Zol increased its prices by almost 200%. With the current black market rate of 85 to 90. It means 100GB is costing around 60USD. 3 months ago the same 100GB was priced around 25USD. What justifies the price increase in USD.

The only package that has increased in price is the Power Pack (from US$250 to US$290). The problem here is two-fold (i) US$ was more commonly available in 2017 (correct me if my memory serves me wrong) and (ii) the exchange rates made those prices more palatable.

Pricing of capped packages is actually more favourable if we’re just comparing the prices back then to what you get now (on paper);

If we’re being factual, in 2020 consumers are actually getting more or exactly the same data for the same price compared to what consumers were getting 3 years ago. Not only from a data allocation perspective but also when we talk about speed (excluding Wibroniks customers). In 2018 ZOL bumped up the internet speeds on these packages – which suggests that for Fibroniks customers at least, the current deal is actually better than it was 3 years ago.

Looking at the above tables, what has changed is the fact that consumers have far less disposable income and on ZOL’s part, I think a fair criticism is that the quality of service has dropped and their reputation has taken a hit.

Let’s talk about that now…

The quality of service issues

ZOL has always been the more expensive option when it comes to home internet. This was ok because the service was world class – or it was the best Zimbos had experienced. Nowadays though, not so much. Consumers are subjected to weekly maintenance updates that disrupt connectivity and even after maintenance, it seems consumers are not as happy as they were with the quality of service.

Zol yacho quality of service has been real poor of late. Hopefully at that price they will make it work properly.

Maybe if the quality of service wasn’t poor consumers would notice that the pricing of the service when pegged against the US$ has always been the same and over the past few months was actually cheaper than ZOL intended it to be.

14 thoughts on “ZOL customers demand the ISP “justify” the most recent price hike – Are they the bad guys?”