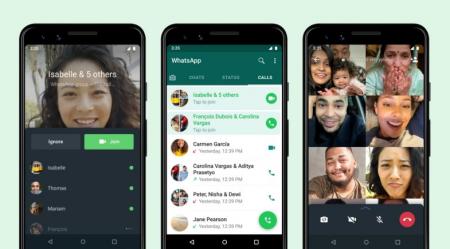 WhatsApp is the world’s most popular messaging app so it’s hard not to always wonder if it’s really the best messaging app when it comes to features. Often in, my book at least, it falls short in comparison to apps such as Instagram, Discord and even Telegram. One feature that it sorely needs is multi-device support which is in the works, the other one is message reactions.

I mean this is 2021, it’s kind of incomprehensible that WhatsApp doesn’t have message reactions yet. Sometimes, especially in group chats, you just want to react to a message instead of typing a full comment. For example when someone shares a joke or meme that cracks your ribs and you just want to share your reaction. Instead, you are forced to type an entire message/emoji comment for that.

In popular groups that comment might come several hundred messages later. Sure you can always quote the original message you are commenting on but you have to admit it’s not ideal. Often times it means there are scattered comments about your joke if you are the one who made the joke.

There has always been a better way to deal with messages like that. Ironically, it was made popular by Facebook, the owners of WhatsApp. It’s the reaction button formerly known as the “like” button. When you see a message or post you just long-press and give an appropriate reaction.

With this new upcoming feature, all reactions pertaining to a message can thus conveniently remain attached to that message without them being scattered all over the group chat tripping everyone everywhere. Unfortunately, we don’t know when the feature will land in the stable version of WhatsApp. If it were up to me it would be here already. It’s such an intuitive and basic feature.

To make sure you will be able to use the feature as it lands just keep updating your version of WhatsApp and make sure each time you are using the latest stable version. If you are that impatient you can always use the Beta version of WhatsApp but be warned, while relatively stable, Beta versions of WhatsApp are not meant for everyday users. They can crash frequently, break things and cause a myriad of unforeseen issues for you.

One thought on “WhatsApp is finally getting message reactions”