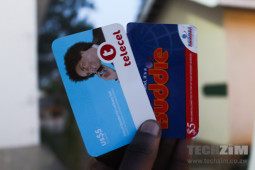 In Liam Neeson’s voice, “whoever you are, wherever you are, if you’re participating in the foreign currency parallel market, we will find out how you are doing it and we will kill it, the loophole you’re exploiting that is,” says the Zimbabwean government. Seems they are serious too. Physical airtime recharge cards will soon be a thing of the past.

By now, we have all had time to reflect on the directive from the Financial Intelligence Unit that mobile network operators phase out recharge cards. Given because ‘vendors have been abusing physical recharge for money laundering.’ Let’s talk about it.

Is the basis for the recharge card ban true?

Yes. Indeed airtime traders are selling airtime at discounted foreign currency prices so as to encourage customers to pay using USD. Then some are also discouraging the use of ZWD$ by putting a premium on those. They are selling a ZWD$100 airtime voucher for more than the value of the airtime. All so that they can convert those ZWD to USD on the parallel market where there is a premium on the USD.

The impact of this activity in the economy?

We could argue all day about whether the impact of these traders’ activity is huge enough to warrant the ban. However, the question is can and should the govt turn a blind eye to this activity? By the letter of the law, it is illegal.

There are bigger fish out there whose activities on the parallel market are ignored and so it’s hard to applaud the govt for this.

On the other hand, we realise that US$73 million is sufficient to have a significant effect on liquidity in the economy. So, knowing that airtime business is big business, the impact of these traders’ activity may not be as small as it initially looks.

Apparently the following is what put the target on their backs:

“The bulk airtime traders have not been depositing the significant foreign currency proceeds so generated into the banking system.”

So it appears that the govt was willing to let them trade on the parallel market as long as they banked their proceeds in Nostro accounts. Would any sane person do that if they could help it? No. Therein lies the real problem that the govt is yet to fix.

Why are the airtime traders doing this?

To preserve the value of their earnings by converting their earnings/savings into a currency that holds on to its value a little better. Then, to take advantage of the arbitrage opportunity. There is money to be made as there always is when there are price discrepancies in different markets.

How is the government plugging the loophole?

Just straight out phasing out the physical recharge cards. Even the vouchers you can buy in places like supermarkets at till points will have limits placed on them to plug that loophole before it’s even exploited. Apparently individuals do not need more than $10,000 worth of airtime for personal use. That will be the limit per one transaction.

Can a trader spend the whole day moving from till point to till point and from supermarket to supermarket to get around the above? Yes, but that is inconvenient and if it is observed that that’s what they are doing, that is a loophole that can easily be plugged.

The govt’s reasoning: No cards, no jobs, no illegal forex trades.

How will customers purchase their airtime now?

Mostly electronically. So, the govt says cashing into mobile money wallets will be allowed again so people can do that.

The reason physical recharge cards are still a thing is that the informal market is mostly a cash based one. Most vendors and other traders deal exclusively in cash, USD cash for many, and that money never actually enters the banking system.

Meaning most never have any money in bank accounts or mobile money wallets. This is why airtime traders were discounting forex prices of their physical recharge cards, trying to get that sweet greenback.

Will this affect airtime sales for Econet, NetOne and Telecel?

Probably, for a while at least because these measures introduce friction for airtime buyers holding cash. However, the sting will be somewhat muted because of the gradual phasing out of the recharge cards. As physical cards become scarcer and scarcer, customers will get used to the new ways.

However, the proposed methods will lead to a lot of inconvenience for cash laden customers. They will have fewer places they can buy airtime. Instead of just a quick 5 second transaction with the many airtime vendors, they will have to queue up in one of the designated outlets.

Unless paying cash to get electronic vouchers on the streets works out, airtime needed for just socialising may not be worth the hustle after long days, sometimes. After a day of low sales and harassment by municipal police the last thing one would want is to queue up in a supermarket just so they can greet their fourth cousin twice removed or say ‘sup’ to their Grade 2 classmate.

What about the rural customer? How close will be the nearest outlet where they can get the $10,000 physical voucher? Nolonger will they be able to rely on the guys who would go to the growth point and bring back physical vouchers. They will have to have money in a bank account or mobile money wallet and buy the airtime themselves. It will definitely put off some.

If everyone were to purchase their airtime electronically, the cost to produce those physical cards would fall to zero. If two individuals bought $10,000 worth of airtime each and one used *405# (shameless plug) to purchase electronically and the other got 20 little recharge cards worth $500 each. It is obviously cheaper to serve the *405# customer as there are no printing costs etc there. Same value of airtime bought, different costs to deliver that airtime.

The environment would also thank us. Reduced waste will be a welcome development. Truth be told, we Zimbabweans, especially Hararians, do not think twice about littering anymore. If I had a Zimdollar for every time I have seen a Zimbo chuck an empty fast food box or used recharge card out the window of a Honda Fit, I would have enough to buy a US$. Can you walk just two blocks in town without seeing a used recharge card on the ground? Impossible.

Is this a lifeline for mobile money?

If you are EcoCash or OneMoney, would you be celebrating that cash ins have been resurrected. Well, not quite. In this case Lazarus has come back from the dead as a bit of a zombie, not quite dead but not quite alive.

The government killed the mobile money agent networks and is not resurrecting them. Cash ins will be done at designated outlets, far fewer than the tens of thousands of agent outlets there were. So, a customer will have to queue up at one of these designated outlets to cash in. Meaning queues will be a thing still.

The govt made it clear as well that, “cash-outs shall not be permissible.” So, mobile money platforms cannot celebrate this false second coming of essential mobile money features. Once your money is in the system, the govt does not want it to ever get out.

Some airtime traders will lose their income stream. Some will survive. After all, people will be forced to pay cash for ‘electronic vouchers’ where airtime traders purchase airtime for them. It is a slower process than what we had but could be quicker than having to queue up in a supermarket.

The airtime trader can of course discount the price for those paying using USD and charge a premium for those using ZWD. And we are back where we were. However I foresee the ability to purchase airtime for others being crippled to some degree. It remains a loophole because the government wants individuals to only purchase airtime for their personal use.

There is no room for agents/resellers in the new republic. Mobile money agents? No. Airtime agents? Nope again. At this rate you we will all be queueing up at National Foods to get maize meal, reselling/retailing/agency being punishable by death by then.

So ultimately, most airtime traders will have to find different income streams. In this economy where most earn much less than the poverty datum line, this loss of income will have dire consequences for some families.

First, mobile money agents are outlawed and cash transactions on those platforms are banned. Then, we phase out physical airtime recharge cards. Oh, we then realise, most of the people do not have bank accounts and so will need to deposit into mobile money wallets to purchase airtime.

This all screams of desperation, a tragic game of whack-a-mole. The government reduced to a reactionary institution which rushes in to treat any symptom of a disfunctional economy while powerless to fix the real cause of the disease.

At this point, as regards activity on the parallel market, it is a public secret that it is beneficiaries of large govt infrastructural project tenders who are responsible for moving the needle. Unfortunately, those are untouchable and so to appear to be doing something, every single infraction by a dispensable citizen will be punished to the full extent of the law.

Will all this lead citizens to just accept the RTGS$. I don’t see how. All this comes from a lack of trust in the govt and their management of the local currency. This means moves like these only strengthen the resolve of people to dollarise. Bypass the formal system altogether.

Why even talk about all this on Techzim?

These sort of govt directives affect mobile network operators, mobile money service providers, the average person and everyone in between. The innovation we want to see in fintech or the investment in infrastructure we want to see are affected. So without this context we could harshly judge the players in this space.