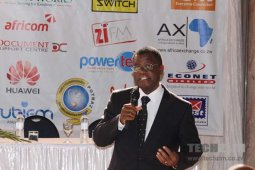 Reward Kangai, the former NetOne CEO was released on $800 bail yesterday, the 11th of January. This came after he was arrested late in the day on the 10th of January for abuse of office during his tenure as boss at NetOne.

Kangai was in the news after his letter to President Mnangagwa and to the Zimbabwe Anti-Corruption Committee (ZACC) accusing ICT Minister Supa Mandiwanzira of corruption got media coverage. In his letter, Kangai made many accusations, claiming that Mandiwanzira is building a cartel in the ICT sector through abuse of office among other things.

He said, concerning the $4m invoice from Megawatt, he had not said that it had been paid but that an attempt to pay it was made. The ZACC investigators however cleared Mandiwanzira citing that they had not found any $4m payment, something Kangai says he never alleged.

That case is closed though, and open is Kangai’s own case. He faces 20 counts of criminal abuse of office and concealing personal interests in a transaction from his principal as court papers reveal.

The State, represented by current NetOne CEO, Brian Mutandiro alleges that Kangai failed to follow procurement procedures as laid out in the Procurement Act as he handpicked several service providers without following due tender processes.

The State alleges Kangai picked Espol Advertising, Sectional Poles South Africa, Convergys (Pvt) Ltd, Bopela Group, Gemalto, Afrosoft and Imago Communications to provide various services without going to tender. The State alleges that as a result of this, $17,584,700 was lost.

The state alleges Kangai sanctioned payment of rentals in advance to four base stations landlords without authorisation and approval from the board of directors of NetOne. The four landlords being Bopela Family Trust, which was advanced rental payments of $10,500 covering 21 months, Richwood Sports Club got $33,000 covering 5 years, Avondale Christian Church $27 000 for three years and house number 514 Chipembere Road, Windsor Park, Ruwa $5 400.

The State says NetOne had no provisions for advance rental payments and not only did this this prejudice other landlords it also caused financial loss to NetOne.

Kangai is alleged to have directed his subordinates on eight occasions to use certain locations to establish base stations. The procedures called for three survey reports before selection of a suitable site. The State alleges these sites belonged to his associates such as Bopela Family Trust and one Joyce Kangai. Kangai is said to have failed to disclose that Joyce Kangai, who was paid for hosting the base station was his aunt.

As regards Bopela Family Trust, which Kangai has connections to, the State further alleges that Kangai approved a $80,000 to Bopela Group (Pvt) Ltd. This prejudiced NetOne of $155,000.

For now Kangai, who was ordered to surrender his passport and desist from interfering with witnesses will continue residing at his home and report to Borrowdale Police Station once a week.