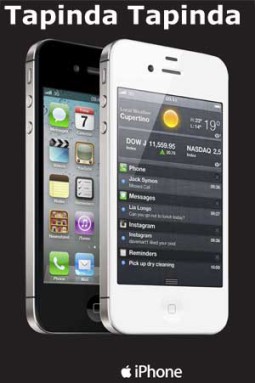 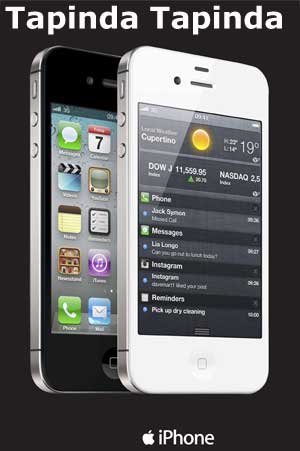 Apple’s recent announcement that it will be selling iPhones via the prepaid carrier market raised a lot of eyebrows in the telecom industry. This is so because up to now Apple has primarily been selling the iPhone via mobile network operators (the carriers) who offer contract packages to their customers. Apple has also directly sold iPhones through its stores and select distributors. Now Apple has (finally) agreed to sell the iPhone in the unsubsidized prepaid market in a ground breaking deal with US carrier Leap Wireless under the Cricket brand. The deal requires Leap to buy $900 million worth of devices over three years.

So why should I care?

The deal has major implications whether you are a Zimbabwean, Nigerian, Tanzanian or any other African network for that matter.

So let’s have a quick look at what the Cricket deal looks like:

In the United States the iPhone 4 (completely unlocked) sells directly from Apple Stores for $550 and the iPhone 4S sells for $650. In the deal with Cricket the phone will go for $500 for the 16 GB iPhone 4S and $400 for the 8 GB iPhone 4. That price is significantly higher than the $200 the phone sells for under a contract package.*

When Apple sells the iPhone to network operators like AT&T it probably charges the same amount with a discount for the volumes that mobile operators typically buy.

The mobile operators in turn then subsidize the cost of the iPhone and sign users on a 2-year contract that is hedged with hefty early cancellation fees. This helps carriers get customers in the door by charging $200 for an iPhone. This ensures that the carriers recoup their costs and turn a profit over the course of the contract.

In this new arrangement Cricket is offering the iPhones at $399.99 for the 8GB iPhone 4, and $499.99 for the 16GB iPhone 4S. So why would consumers pay a higher price upfront? The sweetener offered by Cricket is the $55/month all you can eat data, text and voice package. This is a much lower monthly service plan than what contract providers typically offer.

Also, since this is not a contract package the customer is not locked to the service provider. To keep acquired iPhone customers, Cricket is counting on the super low $55/mo package to retain them for a long enough period to recoup it’s costs and to turn a profit.

You also have to remember that Cricket’s offer is discounted by $150 compared to the unlocked price in the Apple Store, so execution on this front is key.

So how does this translate to emerging markets?

With a market capitalisation of $527B Apple is now the world’s most valuable company most valuable significantly more than previous no. 1 oil major Exxonmobil ($363B) and I’d take a punt on Apple becoming the worlds first $1 trillion company by mkt cap.** So how does Goliath keep the growth momentum? The obvious source for serious revenue growth lies in emerging markets.

Since the iPhone’s debut, Apple has progressively been expanding it’s network and geographical footprint for the product. Initially the iPhone was exclusively offered on the AT&T (then Cingular) network in the US and has since expanded on both fronts. For a while Apple CEO Tim Cook has been hinting at a strong push by the company into the choppy waters of the emerging markets.

As Cook puts it “(since) 2007, we didn’t launch the iPhone outside the U.S. until 2008, Apple’s revenue combined from greater China and several other parts of Asia, India, Eastern Europe, the Middle East, Africa, and Latin America was $1.4 billion. Revenue for that group of countries last year (2011) was $22 billion. We’re only on the surface.”

At the tech conference AllthingsD Conference Cook was asked “Why can’t you (Apple) build a $99 iPhone for emerging markets? You did it with the iPod and were proud of all of them.” and he replied “I won’t talk about what we’ll do in the future regarding the iPhone, but on the iPod, it wasn’t that we just needed a $49 iPod. We just thought that we could do the shuffle, and do it well. It didn’t start as the objective, but the result was that we could have different price points.”

At another forum the Goldman Sachs Technology and Internet Conference (February 2012), Cook was less coy, nailing his colours to the mast “the smartphone market is projected to be a billion units in 2015, so just three years from now, and 25% of that is projected to come from China and Brazil. And so just two of the markets, 25%. And obviously, those are two very critical markets, but there are others as well.”

Is Apple about to cook the copy-cats?

So the obvious question is: ‘Would a Cricket like plan of $400 & $500 per iPhone work in emerging market conditions such as those in emerging markets?’ On the face of it I’m inclined to say yes. But we are not entirely comparing apples with apples (excuse the pun) but more likely apples and oranges. Disposable income issues aside which local mobile operator would offer an all you can eat package for $55/mo (voice + data)? Yes that would be heaven, but seriously?!?

The more feasible option would probably be some type of package with caps and limitations. Another significant difference is the competitive landscape here, is very different. In the US (which has many more subscribers to boot) the major networks have to compete for customers with the MVNOs. This creates a much more fluid competitive environment encouraging innovation and excellence in customer service. Would the local operators adopt an iPhone deal if there was no competitive imperative to do so? Not sure.

To be sure generic phones targeted at the very low end of the market will not be threatened by Apple’s possible emerging market plans but certainly the upwardly and highly aspirational classes are certain to dump their me-too brands and make a lunge for Apple’s products (literally that’s what tends to happen when Apple enthusiasts queue for the company’s products).

The iPhone market in Zimbabwe is unlikely to be over 1 million (it’s a bit of a thumbsuck but I’m sure it’s about right if you are being generous), that figure will not move the needle for a company like Apple which sold 37.04 million iPhones in Q1 2012 (up from 17.07 million Q4 2011). From a size perspective though, this compares favourably with Cricket’s 7 million subscribers.

Certainly Africa with more than 600m mobile-phone users—more than America or Europe and with up to 97% of them on the prepaid platform surely Africa strongly figures in Apple’s growth strategy.

Admittedly, judging from Peter Oppenheimer’s (Apple’s CFO) comments, for now the company’s emphasis in emerging markets is China and Brazil which both have huge rapidly-becoming-wealthy populations.

To further put this in context, Bloomberg notes that China’s largest carrier China Mobile has 621 million subscribers. And by the way that China Mobile figure is six times as many subscribers as America’s second largest carrier AT&T with 100 million subscribers. AT&T was the first US carrier to offer the iPhone in an exclusive arrangement with Apple and today they are an important Apple customer, according to research firm BTIG (registration required) in 2011, AT&T represented 17% of iPhone sales for the year and 19% in Q4).

So clearly from a raw numbers perspective there is a lot of upside in Asia and Africa.

Analysts expect Cricket to sell a about 200,000 iPhones each quarter which by Apple standards is insignificant, but if Cricket meets that number Apple will certainly fall in love with it and the prepaid model. Apple is likely to offer the same deal to other mobile virtual network operator’s (MVNOs) such as Straight Talk which advertises a $45 unlimited voice minutes, messages and HSPA+ data package.

So if Cricket hits the iPhone full toss for six, expect to see iPhone deals landing at a mobile operator near you in the not too distant future.

16 thoughts on “Is the iPhone headed for emerging markets?”