NetOne CEO, Lazarus Muchenje Back At The Helm – Stability At Last We Hope 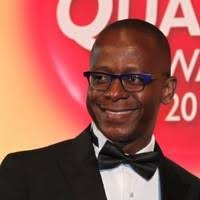 It was a roller coaster 2018 for Lazarus Muchenje. In March, he was appointed CEO of NetOne, on April first, he officially started the job but the year was far from over.

Just before the harmomnised elections, the NetOne CEO fired nine senior executives. He didn’t ‘fire fire’ them really but just refused to renew their contracts and ordered them to leave the building. The nine executives included Brian Mutandiro the then COO who had been Acting CEO for two years before Muchenje was appointed.

Another interesting executive who made the fired list was the then Finance Director Sibusisiwe Ndhlovu. These are some of the executives that had been alleged to be part of former minister of ICT, Supa Mandiwanzira’s cartel. The whole mess of appointments made by Supa over his tenure make an interesting read.

After the sacking of the 9, Supa Mandiwanzira came out guns blazing. He accused Muchenje of making this decision without consulting government as the shareholder. By this he meant without him Supa Mandiwanzira being consulted. According to the law though, Mandiwanzira was not a minister of government then because legally cabinet had been dissolved to pave way for elections.

An emergency board meeting was convened which resulted in the fired executives being brought back. We disagreed with this move. We argued that if the board wanted Muchenje as CEO then he had to be given room to pick his own team. If they wanted the fired executives more, then they needed to get rid of Muchenje. They could not have their cake and eat it too.

Lazarus Muchenje went to the courts suing the board, Supa Mandiwanzira, the 9 executives he had fired and the office of the president. The funny thing was that he was being represented by the president’s son in law (at least the firm).

For his efforts, Muchenje began to be attacked in the media and stories were popping up that he was a wanted man in South Africa where he had worked as a senior executive at technology companies. Ultimately he was suspended from being CEO.

Lazarus Muchenje has now been reinstated as CEO of NetOne. This was done by a new board of directors. Oh, yes the new minister of ICT Kazembe Kazembe appointed a new board chaired by James Mutizwa. The board itself sent the COO, Brian Mutandiro and the CFO, Sibusisiwe Ndhlovu on forced leave prior to the reinstatement of Muchenje.

The government must stop it

The above narration feels like something out of a soap opera. The devil in all this is the government. When they make a key appointment they should give them clear deliverables and then move out of the way. Muchenje did not need to go through all this nonsense, NetOne did not need to endure all this instability.

We hope the men and women at the MNO will be left to do their jobs in peace. We need a strong competition for Econet and NetOne has a lot of potential to be that guy, please let them be!